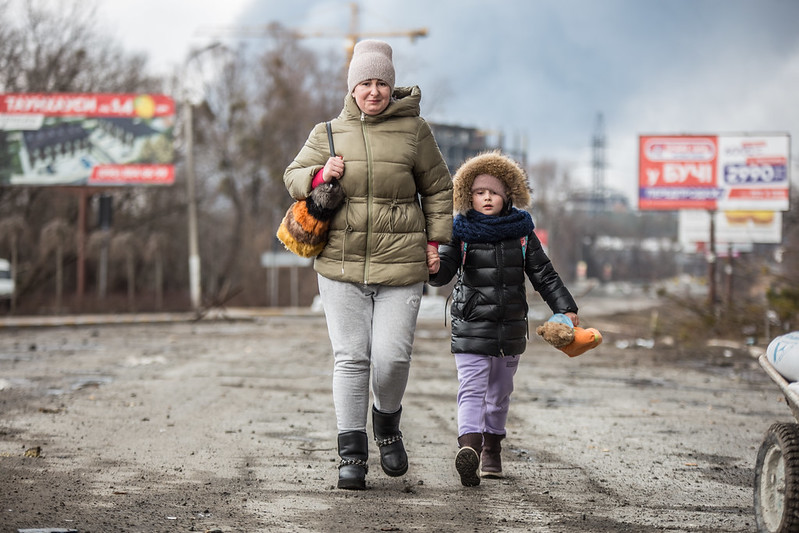 As Russia continues to wage war on its eastern neighbor, the deterioration of Ukraine’s energy sector and infrastructure has taken a turn for the worst. With a lack of access to electricity and heating, Ukrainians have to endure a particularly cold and harsh winter. Ukrainian children, in particular, are vulnerable to winter temperatures because they target their physical conditions, psychological well-being and educational opportunities.

UNICEF predicts that temperatures in Ukraine may drop to -4 degrees Fahrenheit this winter. Coupled with the fact that Russia has destroyed more than 40% of Ukraine’s power infrastructure, residents are living in freezing conditions and constant attacks this wintertime. In fact, UNOCHA announced in November 2022 that Ukraine’s current energy system was only capable of meeting 70% of citizen demands.

Ukrainian children’s physical and emotional well-being are at high risk during this time of violence and energy destruction. According to Catherine Russell, Executive Director of UNICEF, “Millions of children are facing a bleak winter huddled in the cold and dark, with little idea of how or when respite may arrive.” UNICEF reports that Ukraine’s energy crisis is particularly dire for the 1.2 million displaced Ukrainian children, who not only lack access to electricity and heating but also do not have permanent shelter.

In addition to children’s physical conditions, Ukrainian children’s psychosocial well-being is an extremely unstable situation. Approximately 1.5 million Ukrainian children may be susceptible to depression and other anxiety-related disorders. Furthermore, a lack of health services in war-torn areas prevents children from accessing the physical and emotional help they need during this time.

Fortunately, in light of Russia’s destruction of energy infrastructure, numerous international organizations have attempted to remedy the situation. UNICEF, in particular, is playing a significant role in mitigating Ukraine’s energy crisis, providing healthcare facilities to almost 4.9 million Ukrainian women and children. It also provided drinking water to more than 4.2 million needy residents and created mental health services that have reached more than 2.5 million children. Its financial assistance—in the form of direct cash transfers to households or funding for critical services in Ukraine at large—has also supported Ukraine’s continuing needs.

To combat the freezing temperatures, Ukraine and other organizations have set up “heating points,” warm tents that offer shelter and water to residents across the nation. These emergency initiatives take place in train stations and schools throughout Ukraine, helping millions of displaced households in need of shelter, Foreign Policy reports.

While numerous governments and organizations continue to alleviate Ukraine’s energy crisis, Russia’s attacks still have deep-rooted consequences. Many researchers argue that Ukraine not only needs to increase its energy demand, but the country has to reinvent its energy infrastructure entirely. As such, Ukraine would need to lessen its dependence on fossil fuels and create more modern and sustainable energy systems. For now, however, Ukraine will continue to face a challenging winter devoid of electricity and heating for millions.

Transnational Companies: The Good and The BadNorth Korean Defectors in China
Scroll to top