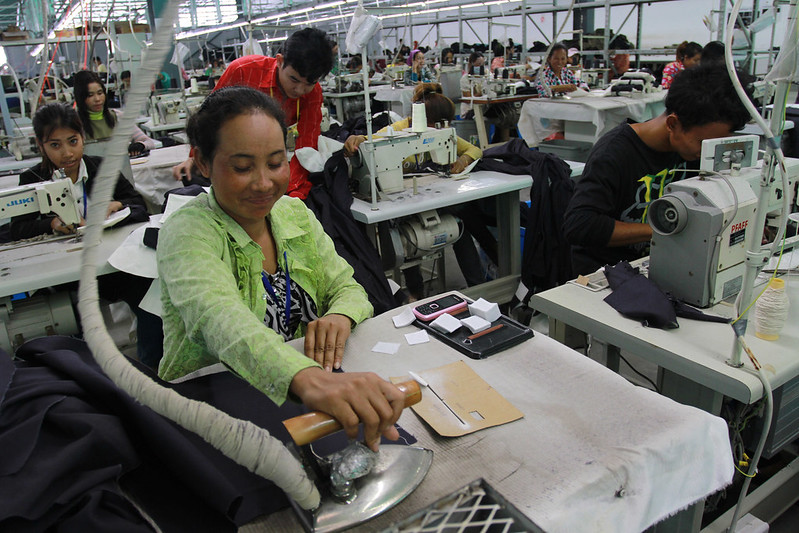 A transnational company is a global company that has factories and offices in different countries around the world. The headquarters are usually in advanced countries and its factories and manufacturing facilities are in less developed countries. Most of the transnational companies have home headquarters in Western Europe, Japan or the United States. Suppliers can be anywhere in the world depending on the necessary goods. However, companies usually set up their manufacturing centers in places where labor is cheap to keep operating costs low.

The operation of transnational companies in less developed countries where rates of poverty are high can be helpful in aiding people to break out of the cycle of poverty, but the risks of exploitation and low wages are still present.

One example of transnational companies operating in a less developed country are the textiles and fashion companies such as H&M, Guess and others in Ethiopia. They create job opportunities for local people and particularly for women. However, as mentioned above, the risks of exploitation are prevalent. Garment workers in Ethiopia are among the lowest paid, with a 2019 study from the Center for Business and Human Rights reporting that they have an extremely low pay of just $26 a month. This does not cover basic needs thus not enabling the workers to live a decent quality of life.

There are several NGOs who work towards tackling exploitation in the garment industry; one such example is CARE International, one of the biggest defenders of workers’ rights in all areas, including the fashion industry. It currently has work going on in 95 countries around the world, reaching 56 million people directly via approximately 1,000 projects and indirectly working towards 340 million lives globally.

The Overall Impact on Poverty

So, transnational companies do provide jobs and boost a country’s overall development, but at what cost? There are other ways to help local workers in improvising their livelihoods without the risk of exploitation and capitalist benefits. One such example of this is Farm Africa, a more sustainable and locally oriented initiative. Farm Africa is a charity that helps to reduce poverty by helping local people in eastern Africa to earn more from their produce. Working in DR Congo, Ethiopia, Kenya, Tanzania and Uganda, Farm Africa works to boost the economic welfare of the people, whilst also ensuring environmental sustainability, thus protecting their environment for generations to come.

For a transnational company to be effective, it would need to involve the local people, not just use them for cheap labor to boost its own profits. It is imperative for an initiative to tackle poverty to be sustainable not only environmentally, but also socially and economically.