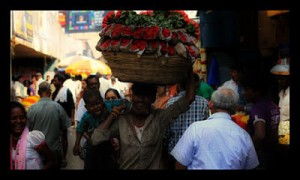 The U.K. International Development Secretary, Justine Greening, announced the U.K. will stop giving direct aid to South Africa in 2015. Currently, the U.K. gives South Africa £19 million or $29.5 million or 250,000 Rands a year. Greening commented on South Africa’s momentous progress that has been made over the past twenty years, emphasizing that it is the economic powerhouse of its continent and serves as the area’s biggest trading partner to Britain, adding that, “I have agreed with my South African counterparts that South Africa is now in a position to fund its own development.”

However, the South Africa African Department of International Relations and Co-operation described the decision as being made “unilaterally” and stated that the aid was “tantamount to redefining our relationship.” The Department further criticized the decision because it was not made through the proper diplomatic channels.

Finance Minister Pravin Gordhan said of Greening’s statement that he does not condone Britain’s decision to reduce aid, as was claimed by Secretary Greening. He also stated that statements and facts surrounding the decision were “deliberately distorted.”