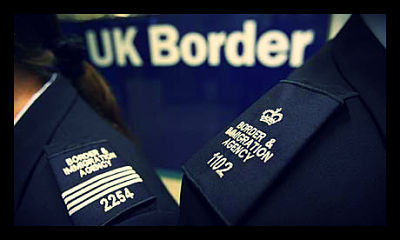 For some who remain in poverty, the opportunity to enter more developed nations like the United Kingdom could positively impact the lives of their families for generations. Recently, however, the government of the United Kingdom has announced that they will soon begin to raise visa fees for those from high risk countries. Citizens of India, Ghana, Pakistan, Bangladesh, Nigeria, and Sri Lanka will have to pay a £3,000 cash bond ($4,625 USD), almost double people renewing a visa from within the U.K. pay.

In 2011, Prime Minister David Cameron initiated a per capita cash bond system across the board for immigrants applying for visas for additional members of their families. The reasoning behind the change was to ensure that income levels of sponsors were high enough, which was supposed to mean fewer people applying for residency in the U.K. become a burden to taxpayers later. Ideally, the bonds are also intended to deter overstaying and recover funds if the immigrants use public services.

An unnamed government official has said that the countries were chosen based on their “risk of abuse” of the immigration system. For instance, a recent report from the Daily Mail revealed that U.K. colleges and universities had reported 106,698 warnings to United Kingdom Border Agency for the 2011-2012 school year alone. Such abuses of the system included losing their sponsorship from the host school or dropping out altogether, both of which may be grounds for deportation on a student visa. However, barely one in 1,000 reported cases results in deportation, allowing over 100,000 people to remain in the country under false pretenses. Nevertheless, Cameron’s overall goal is to have the United Kingdom’s net annual migration down to 100,000 people by 2015.

Despite the abuses, the fact remains that such a change would adversely affect those from poor backgrounds. Such a high price for entering the UK will bar many from doing so, regardless of whether or not they are highly skilled or educated.