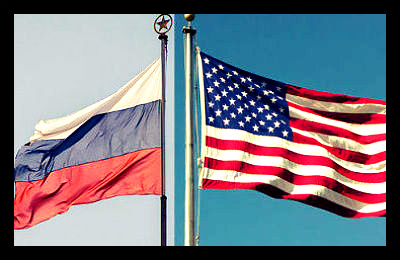 In a Cold War-style competition between the U.S. and Russia, Ukraine’s ousting of President Viktor Yanukovych insinuates that the West, for now, holds the upper hand. Yet saying so could fuel the Russian fire to turn back the current state of affairs.

The conflict began when Yanukovych refused to sign a free-trade agreement between Ukraine and the E.U., instead leaning on inevitable trade ties with its Russian counterpart to the East. Many Ukrainians did not see the appeal. On February 21, in response to violent protests and backlash, Yanukovych gave up responsibility for his country.

Purporting to support a peaceful transition in Ukraine, President Barack Obama and senior officials discussed the situation with Russian President Vladimir Putin and his aides. The main effort emphasized a multibillion-dollar aid package for Ukraine with the International Monetary Fund. Various governments in the European Union support this endeavor, or at least intend to contribute economically to peace in Ukraine.

Ultimately, the goal is to keep Russia from sending troops into the country. Interference by Russia in order to restore a pro-Russian government in Ukraine would be detrimental to all parties involved. United States national security advisor Susan Rice emphasized on an episode of Meet the Press that Russian interference “would be a grave mistake.” Likewise, British Foreign Secretary William Hague stressed the importance of persuading “Russia that this need not be a zero sum game.”

The U.S. and Russia, according to Rice, share hopes for a unified, independent Ukraine that is capable of exercising freedom amongst its people. Obama and Putin jointly aim to see the agreement of February 21 carried out in peaceful terms. Constitutional reforms, near-term elections and a government to bring together the unified desires of the Ukrainian people shall be implemented in due process. These efforts shall reflect “the will of the Ukrainian people and the interests of the United States and Europe,” said Rice.

While Rice did not mention Russian interests, one might hope that continued violence is not among them. Perhaps diplomacy can win this war.