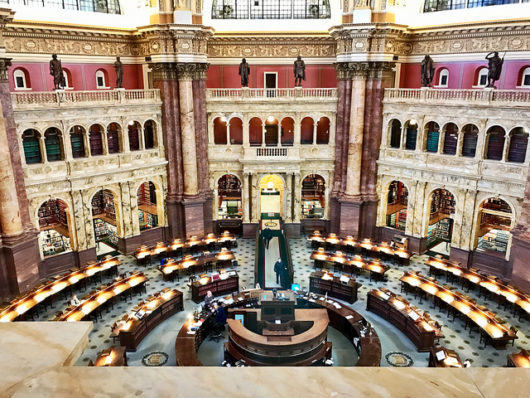 In mid-August 2018, the Trump administration announced that it was considering freezing more than $3 billion in unspent foreign assistance funding allocated to The State Department and The U.S. Agency for International Development. The proposal, put forth by The Office of Budget and Management, would place a freeze on all unspent foreign aid funding for 45 days. During that time, the U.S. Congress would have to either approve the proposed cuts or reject them and mandate the administration to allocate the funds as specified by the Congressional budget.

The funding freeze would have taken effect less than 45 days before the end of the fiscal year; therefore, it would not have provided Congress with the required legal timeframe set to address the proposed rescissions before the close of the fiscal year to the return of the frozen funds to the U.S. Treasury. The precedent for the Trump administration’s move is spelled out in The Congressional Budget and Impoundment Control Act, which allows unspent funds to be frozen for 45 days by the administration. However, the legality of this current move by the President has been questioned given the disregard for the required review time by Congress.

A letter sent to Secretary of State Mike Pompeo and OMB Director Mick Mulvaney, vice chairman of the Senate Appropriations Committee, from Sen. Patrick J. Leahy (D-Vt.), warned against thwarting the will of Congress by submitting recessions without giving lawmakers the required time to act. Senate Foreign Relations Committee Chairman Bob Corker (R-Tenn.) also questioned the proposed plan saying, “It would be a step of bad faith […] I don’t how they can do that legally.”

The concerns expressed by Senators Leahy and Corker reflect a continuing Congressional resistance to Presidential attacks on U.S. foreign assistance funding. This attempt to roll back foreign aid spending is not the first time that the current administration has made clear its lack of interest in bolstering international development. The President’s 2018 and 2019 budget proposals recommended a 28 percent cut in funding for The State Department and USAID. In addition, the budgets have implied a need to consolidate USAID and The State Department into one group, therefore, reducing the size and autonomy of the U.S. government’s foreign aid program.

Despite the intentions of the executive branch, lawmakers on both sides of the aisle have remained in support of foreign aid programs and have largely disregarded budget recommendations from The White House and maintained established levels of foreign aid funding. Many members of The U.S. Congress have spoken out in favor of the benefits that foreign aid brings to The U.S., citing programs like The President’s Emergency Plan for AIDS Relief (PEPFAR), which has played a major role in reducing the global AIDS death toll by half since 2005, and The President’s Malaria Initiative (PMI), which has saved an estimated 7 million lives since 2000, as essential governmental initiatives.

Recognizing the bipartisan resistance in The U.S. Congress and from State Department head Mike Pompeo, the Trump administration announced in late-August that it would be dropping the proposal. Sen. Patrick J. Leahy praised this move commenting, “Rescinding funds that had been agreed to by Congress and signed into law by the President, in the waning days of the fiscal year, would have set a terrible precedent and harmed programs that further United States interests around the world.” Secretary of State Mike Pompeo has also received acknowledgment for his defense of the funding for his department, which would have been reduced by almost ten percent had the administration’s proposal been enacted.

Though, in this case, the fund allocated by The U.S. Congress for foreign assistance programs was left in place, the Trump administration has set a precedent throughout its term of hostility towards that aspect of the bureaucracy.  In this sense, there is much at stake for the future of U.S. foreign assistance. However, what has been demonstrated thus far is that lawmakers in The U.S. Congress remain in support of foreign assistance/ development and will take action to uphold its place within the U.S. government.