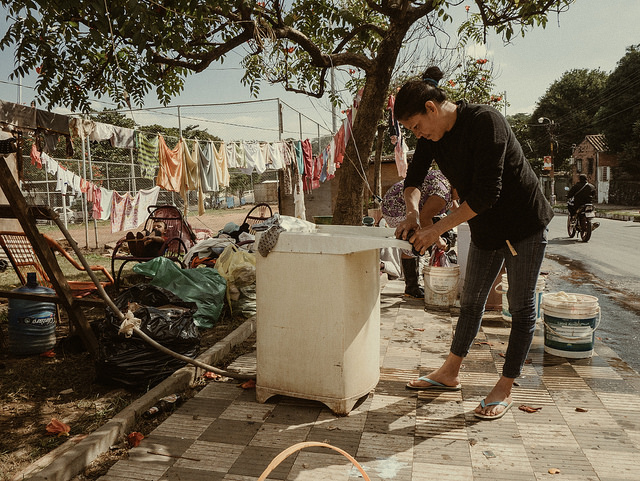 With federal aid, the U.S. has the opportunity to advocate economic and social growth for other countries. This reputation has earned the trust and cooperation of many nations around the world, including Paraguay.

Located in South America, Paraguay is a nation with lush tropical forests and agricultural activity. Paraguay struggles more in comparison with other Latin American countries in several socioeconomic categories such as potable water and secondary school enrollment.

With the assistance of the U.S., Paraguay is progressing in reducing poverty and corruption. As a result of strong production and high global prices, Paraguay’s economy has grown at an average of four percent every year since 2014.

The United States has supported Paraguay’s democracy and economic reform through foreign aid since 1861, just fifty years after Paraguay declared its independence from Spain. For the 2018 fiscal year, $400,000 of the $28 billion foreign aid budget was allocated to Paraguay, a large decrease from 2017’s allocation of $6 million.

In previous years, the money was budgeted for categories including Economic Development and Democracy and Human Rights and Governance; this year’s budget specifically targets Peace and Security.

The U.S. previously aided Paraguay in reducing corruption and creating jobs, and have stressed the significance of supporting groups such as women, indigenous peoples and youth. The aid is intended to strengthen Paraguay’s democracy and increase economic opportunities.

The U.S. invests aid into other countries to build their economic growth through aspects such as healthcare, education and infrastructure. Providing the opportunity for stability in impoverished countries strengthens the nation’s stability and contributes to ally and trade relations with the U.S.

The U.S. has several investors in Paraguay as well, including computer, telecommunications and banking firms. About 75 U.S. businesses have employees working in Paraguay.

Exports include a wide range of items such as cell phones, computer accessories and vehicle parts, but the largest export categories in 2016 were electrical machinery ($1 billion), machinery ($1 million) and chocolate and cocoa products ($965,000).

The U.S. benefits from foreign aid to Paraguay through strengthening foreign relations. The U.S. and Paraguay both are members of international organizations such as the United Nations, Organization of American States, World Bank and the World Trade Organization. The organization also partners with 100,000 Strong in the Americas, an organization that aims to increase the amount of U.S. students that study across the Western Hemisphere to 100,000.

The U.S. aims to improve countries around the world through foreign aid. Countries such as Paraguay have shown that the money provided to them has strengthened their socioeconomic and economic conditions, which in turn benefits the U.S. through economy, trade and relations.