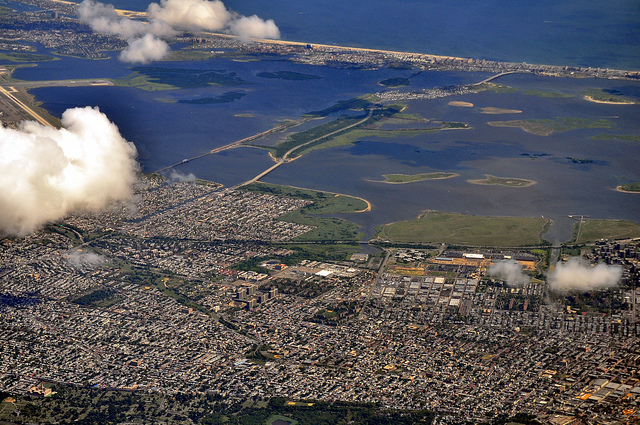 Jamaica has improved 15 spots in the world corruption rankings, now ranking as the 68th least corrupt country out of the 180 polled. Despite this progress, corruption in Jamaica remains entrenched and widespread, and its effects still drive poverty and crime in what is one of the poorest and most dangerous countries in the Americas.

According to Transparency International’s 2017 Index, Jamaica received a score of 44, where 0 is highly corrupt and 100 is very clean. Although the jump in rankings is a positive sign, a score of 44 is still worrisome. The organization notes that any score under 50 indicates “prevalent bribery, a lack of punishment for corruption, and public institutions that do not respond to the needs of citizens.”

Also disheartening is the view Jamaicans themselves have on corruption within their country. According to the 2017 Global Corruption Barometer, which measures respondents’ perception of corruption within their own country, 51 percent of Jamaicans believed that most or all of the police were corrupt, with a further 37 percent believing that most (or all) of their representatives in Parliament were corrupt.

Both real and perceived corruption has far-reaching consequences for poverty, especially in developing countries. In Jamaica, where social infrastructure is already lacking, corruption diminishes quality of life by redirecting vital funding away from critical infrastructure such as healthcare, education, water, roads and electricity.

The money instead goes into private pockets, which results in an underfunded and underperforming government. This type of leadership then inadequately provides protection, jobs and basic services to its citizens.

Equally important are the effects of perceived corruption in Jamaica, where 68 percent of people believe corruption is increasing. This perception of a corrupt government is detrimental in that it discourages participation within the legal framework of society.

In the midst of an unfair system and a government which does not provide basic services for its people, many turn to extralegal groups for protection and livelihood. The result of such decisions are the high levels of murder and organized crime seen in Jamaica today.

Aside from the effects of corruption on the everyday life of Jamaicans, corruption also affects the economy as a whole. There is a universal trend of reduced foreign investment, lack of development and inefficient allocation of resources in corrupt nations.

Despite endemic corruption’s continued presence, there are indications that Jamaica is heading in the right direction. According to Transparency International, corruption in Jamaica has been decreasing, evidenced by its improved rank in the global corruption indexes.

Additionally, Jamaican leadership has begun to take an interest in anti-corruption, and has acknowledged that sustained economic growth is impossible without combating corruption. The Integrity Commission Bill in July 2017, passed by the Jamaican Senate, was an important step in the right direction. The act set in motion the establishment of an independent anti corruption unit tasked with uncovering and prosecuting corruption in Jamaica.

What Can Be Done

In its recommendations on curbing corruption, Transparency International notes five important areas in which the Jamaican government can improve:

Although Jamaicans still face an uphill battle in the fight against corruption in Jamaica, the message from Transparency International is very positive. By making anti-corruption a priority, Jamaicans can bring corruption to the curb, and alleviate much of the poverty and social ills that corruption perpetuates.

Light of Hope Girls’ School: Educating Girls in Kenya The Rise and Fall of Girls’ Education in Ethiopia
Scroll to top