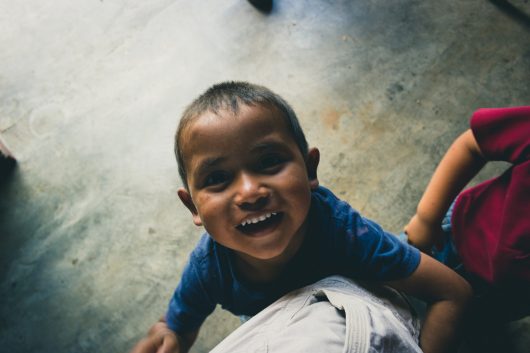 Honduras lies within Central America as a part of a northern triangle with El Salvador and Guatemala, and this nation faces severe problems including crime, violence and poverty. Honduras has a long, and not always beneficial, relationship with the United States. However, there are many scenarios in which the U.S. benefits from foreign aid to Honduras.

History and Past Relationships

The United States has a looming presence over Latin America including Honduras. One of the most notable cases occurred during the Cold War when the United States intervened in a myriad of countries in the name of preserving democracy; Honduras was used as a stationing point by the U.S. in their missions against the Nicaraguan Sandinistas.

The people of Honduras haven’t always necessarily been fans of the United States and its government. The country is a former “banana republic” — its economy was based on the production and sale of bananas through foreign, particularly American, companies.

This arrangement ended up not favoring the Honduran people and poverty in many rural areas can be traced back to this relationship. However, it is still possible to see both Honduran and U.S. benefits from foreign aid to Honduras.

Honduras has been a pivotal part of drug trafficking through Central America to the United States. Central America is used as a transit region — it transports drugs from countries in South America such as Bolivia and Columbia to Mexico where the drugs can be transported across the border into the United States. This exchange has caused crime and violence to run rampant in the region, and the murder rate in Honduras is the highest in the world at 92 murders per 100,000 citizens.

The United States has previously given aid to Honduras so that the country can combat drug trafficking and the consequences the activity brings.

The U.S. Department of Commerce dedicated $1.5 million in 2017 for a customs and border management program in Honduras. Providing aid for this purpose can not only limit drug-related violence but it will limit some of the transport of drugs into the United States.

Immigration into the United States

The violence and poverty in Honduras has significantly increased immigration rates from the country to the United States. Many citizens have had no choice but to leave, and any risk they may face on their journey is deemed better than the alternative. In 2014, thousands of unaccompanied minors were found trying to flee to the U.S. from the Central American countries of Guatemala, El Salvador and Honduras.

Providing foreign aid could dramatically change the lives of these vulnerable citizens who feel pushed towards immigration. Such outside aid can help to alleviate poverty and provide services like healthcare and public education.

The United States has provided more than three billion dollars in development assistance since 1961, but more can be done for the Honduran people. This investment will lower immigration rates in the long run from Honduras into the United States.

There are a number of scenarios in which the U.S. benefits from foreign aid to Honduras, but the only scenario in which we will actually see these benefits is the one in which we actually provide much-needed aid. Not only will the United States benefit from such an action but, possibly more importantly, the Honduran people will as well.