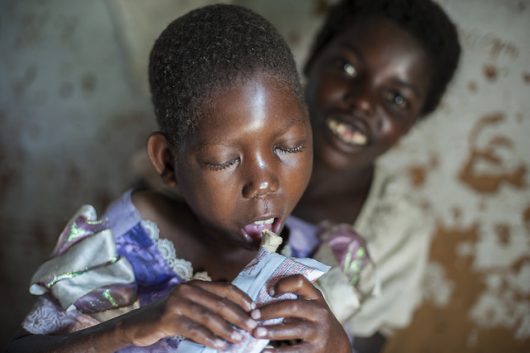 The United States has a longstanding relationship with the Democratic Republic of Congo (DRC) that dates back to 1960. The current foreign policy consists of environmental protection and healthcare solutions for Congolese people, but recently, the U.S. has held more interest in the DRC because of its ongoing political and humanitarian turmoil. Members of Congress have urged Presidents Trump and Kabila to address the crisis in the Democratic Republic for the following reasons:

Although the U.N. has sent thousands of peacekeepers, the crisis in the Democratic Republic of Congo continues through terrorism. Several armed terrorist groups have been exploiting the DRC for its natural resources, which displaces and abuses Congolese people — an issue that has continued since mid-1990.

These armed militia groups use funds from illegally extracting minerals to take over weakly governed sections of the nation and terrorize its citizens; the DRC has an estimated $24 trillion worth of unmined resources.

Political instability has added more tension in the DRC when President Joseph Kabila postponed the 2016 election and continued as president after his term ended. President Kabila has stated the need for “political dialogue,” yet the police force in DRC have discouraged protesting, political expression and political gatherings.

Protesters have experienced extreme action against them by DRC police including the 2015 tear gassing of student protesters and the mass murder of over 40 protesters in January 2016.  The following September, the opposing political headquarters was burned down and an additional 44 protesters were killed.

The crisis in the Democratic Republic of Congo has caused Congolese citizens to suffer from extreme poverty, murder and sexual violence because of the ongoing terrorism and political instability. The lack of governance has created an environment in which radical groups are able to freely commit these acts against Congolese people.

On top of the ongoing crimes against DRC citizens, the U.N. and African Union have not promoted sustainable development within the nation.

And add fuel to the issues of development, disease, malnutrition, lack of education and poverty that the Congolese people face every day; many multinational companies have withdrawn their business of buying minerals from the DRC, which in turn has caused multiple job losses and contributed to the nation’s ongoing poverty issue.

In a letter to the U.S. President, the six senators urged Trump to improve the implementation of the Coal Minerals Rule, enacting stronger sanctions and nominating key senior State Department posts, all to help resolve the conflict within the nation.

These U.S. Senators addressed the ongoing political and humanitarian crisis as “increasingly worrisome” and requested action if the DRC government refuses to comply.

President Kabila also received a letter from concerned U.S. Senators from both parties, which requested and encouraged the DRC leader to allow peaceful protests and political gatherings, to release the political prisoners who are being held, and respect freedom of the press. The letter stated:

“If the [DRC] government continues to refuse to implement the spirit and letter of the [December 31st agreement between the Presidential Majority and a coalition of political opposition parties], the U.S. should use the means at our disposal—including sanctions designations under Executive Order 13671 on DRC, anti-money-laundering regulations, and additional tools available under the Global Magnitsky Act—to affect the incentives of individuals who have strong influence over President Kabila to incentivize them to urge him to change course.”

Crisis in the Democratic Republic of Congo

The U.S. has consistently held a relationship with the DRC, with foreign policies that focus on developing the nation and promoting democracy.

Because of the ongoing crisis in the Democratic Republic of Congo, the United States has goals to encourage development, and USAID has invested in the DRC to promote the following: implementing mandates, the improvement of Congolese livelihood by regional developments, and root for peace should begin in eastern DRC.

More action from the U.S. government, the United Nations and foreign aid to the suffering Congolese people will help the nation tackle these severe issues and ideally promote the growth it needs for success.