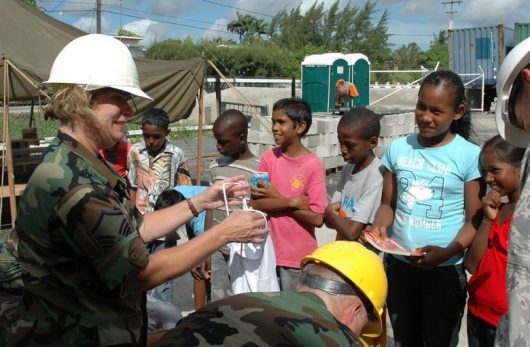 Located on the northern mainland of South America, Guyana is now considered a middle-income country. That is perhaps why U.S. foreign aid to Guyana has been decreasing over the years. However, Guyana faces many issues such as drug trafficking and other regional crimes that require foreign assistance in order to effectively address them. In fact, it is not just Guyana that benefits from foreign aid. U.S. benefits from foreign aid to Guyana as well, since it helps the U.S. in its fight against diseases such as HIV/AIDS.

One major goal for the U.S. is to effectively address the global HIV/AIDS epidemic, which is why the U.S. President’s Emergency Plan for AIDS Relief (PEPFAR) was established in 2003. Through PEPFAR, Guyana has been able to significantly improve its response to HIV. For instance, PEPFAR helped establish the National Public Health Reference Laboratory (NPHRL) and supported the development of a prevention of mother to child transmission (PMTCT) program.

It also helped the Guyanese national blood safety program to reach international standards, established functioning supply chain management and improved strategic information. As a result of these initiatives, Guyana saw significant improvement in its response to HIV/AIDS and has also become more efficient in working on its own to fight this disease.

Recently, however, there have been drastic reductions in PEPFAR’s operations in Guyana. For instance, PEPFAR no longer provides antiretroviral drugs to Guyana, and the country has assumed responsibility for all cervical cancer and PMTCT activities, blood safety in the country and human resources for the NPHRL. Although this makes it a challenge for the country to continue responding strongly to this epidemic, it also makes Guyana self-sufficient as it gathers domestic funds for HIV/AIDS programs.

However, PEPFAR is still crucial in Guyana because there are many ways the country still needs assistance. For instance, there are still “gaps in core strategic information, laboratory and supply chain systems as well as pervasive stigma and discrimination” in the country. By helping to establish a sustainable national HIV program in Guyana, PEPFAR would achieve its goal. In that way, the U.S. benefits from foreign aid to Guyana.

There are other ways the U.S. benefits from foreign aid to Guyana, as it helps the country effectively respond to issues such human trafficking and other crimes that also affect the U.S. Hopefully, with continued collaborated efforts from both the U.S. and Guyana, the country will be able to effectively address all of these issues.