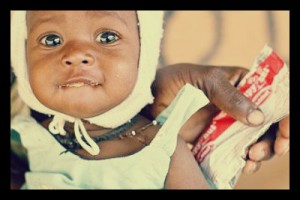 The United Kingdom’s announcement that it would stop giving direct foreign aid to South Africa in 2015 has drawn criticism from international aid organizations like Oxfam and Action Aid. The U.K. has opted to supplant development aid with a trading relationship. This decision is similar to one the U.K. made last year to end monetary aid to India.

Action Aid is critical of both decisions and warns wealthy countries of ending aid to middle-income countries. One critique of the UK’s announcement is that it is not giving South Africa enough warning or time frame to adjust to the sudden decrease in aid. However, even more importantly, money given by U.K. foreign aid that went towards vaccines and other medicines for impoverished people will abruptly go unfunded. The U.K.’s foreign aid program also focused on improving health conditions for women giving birth and reducing labor deaths.

However, Justine Greening, the U.K.’s International Development Secretary, maintains that South Africa should no longer rely on foreign aid since it is now “the region’s economic powerhouse.” The Secretary met with South African officials and agreed that it was time to change their relationship to strictly trading partners.

Despite this justification, the head of development finance and public services at Oxfam, Emma Seery, reminds the U.K. that, although South Africa is becoming more developed, there is still vast economic and social inequalities in the country. U.K.’s monetary assistance went towards programs that many poor people depended on and now they will either have to find another way to fund the programs, or the programs will cease to exist.

At its highest point in 2003, the United Kingdom was giving South Africa about $40 million in foreign aid. Although the U.K. will no longer be investing in South Africa, the country is still receiving aid from other countries and is continuing to improve itself. Hopefully, the combination of these two factors will ensure that South Africa’s poor receive the assistance they need and rely on.