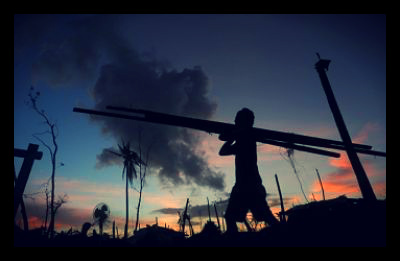 It’s been more than 100 days after the devastating Typhoon Haiyan hit the Philippines and recovery efforts are still underway for those who have been displaced from their homes.

The storm, one of the most powerful ever recorded, hit the archipelago on November 8th, killing nearly 6,000 people and displacing 4.1 million.

A government-led recovery effort, known as the Strategic Response Plan (SRP), was launched following the typhoon. The plan covers the next twelve months and requires $788 million, of which 45% has already been received.

Along with these typhoon recovery efforts, the United Nations and its affiliated partners have helped to provide food, medicine, water, and sanitation and hygiene assistance to those affected. Tents and tarpaulins have been distributed to approximately 500,000 families, but many more still remain without shelter.

UN Humanitarian Coordinator for the Philippines, Luiza Carvalho notes that, “the need for durable shelter for millions of people whose homes were damaged or destroyed is critical.”

In Tacloban, a city of 250,000, major typhoon recovery efforts have been underway to pump money back into the local economies. Coconut farmers and fishermen represent the backbone of the economy in this area but their livelihoods have been severely threatened by the storm. In response, the UN development programme has recently implemented both short-term and long-term plans to help farmers get back on their feet.

Oxfam has noted that the Filipino government has been slow to deliver funds for agricultural and reconstruction support.

Thanks to generous donor contributions, great things have been achieved in the relief phase of the recovery effort. In the coming weeks, it is critical that the international community continues to provide support to those whose lives have been devastated by Typhoon Haiyan.

In a recent UN statement, Carvalho noted, “the Filipino people should be commended for the pace of progress that we have seen in the first 100 days. But we cannot afford to be complacent.”