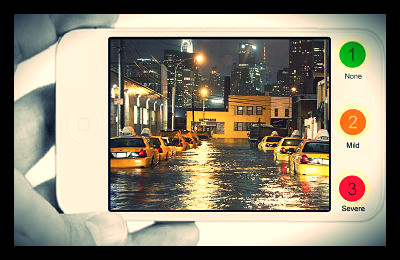 p What was learned from humanitarian efforts through the 2010 earthquake in Haiti and the Indian Ocean tsunami in 2004? Coordination is critical to effective relief efforts.

The United Nations Office for the Coordination of Humanitarian Affairs (OCHA) does just that, brings together humanitarian actors to ensure a coherent response to disasters. In this age of technology information, OCHA has been on the lookout for technological supports. Enter the Digital Humanitarian Network (DHN).

DHN is supporting OCHA and the Philippines Red Cross’s joint ongoing rapid needs assessments through geo-mapping. Geo-mapping combines crowdsourcing from micro-mapping with machine intelligence, to filter and categorize information, which is then pinpointed on virtual maps in real time.

How does this actually work? Through collecting tweets, images, and messages, real time data can be distributed to aid workers. With this up-to-date information, aid workers are informed on the needs, gaps, and accomplishments in their area of focus, allowing them to make better decisions as they move forward with their relief work.

OCHA activated DHN one day prior to the category five Typhoon Haiyan reaching the Philippines. Through the persistent work of thousands of digital humanitarian volunteers worldwide, including media monitors, translators, GIS specialists, statistical analysts, emotional support teams and standby task forces, thousands of tweets were collected and automatically filtered down to a manageable size. The filtering process is based on relevance and uniqueness of the information.

As there are more than 30 million social media users throughout the Philippines, the data collected was substantial. For instance, 230,000 tweets were collected during first 48 hours of landfall. Processing this large amount of data can take up to weeks. Through the work of thousands of volunteers worldwide were these tweets processed in a matter of hours.

The data collected is uploaded to web maps that are easily accessible to aid workers. One such map is the Open Street Map. The Open Street Map was updated through geo-mapping 300,000 times in the typhoon-affected areas in the Philippines during the first three days.

DHN relies on Internet availability to function. Thus, lack of Internet can affect the amount of data DHN is able to collect, consolidate, and distribute. However, DHN has contributed to the collaboration of aid workers during conflict, disasters, crisis, and displacement in South Sudan, the Democratic Republic of the Congo, Samoa, Syria, and now the Philippines. The typhoon in the Philippines is the largest deployment DHN has responded to.

DHN is contributing to relief work by helping to fill the information gap during conflicts and disasters. Through the social media information gathered by DHN, aid workers can work collaboratively, ensuring the most efficient use of resources.