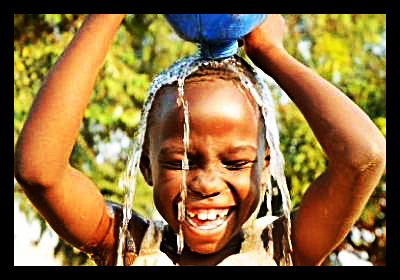 At the Voss Foundation’s Women Helping Women luncheon, women enjoyed food, shopping, and good company. Most importantly, they also helped bring clean water to developing nations in Africa. By shopping at a well-curated African bazaar set up in the Dream Downtown hotel, luncheon guests contributed to the cause. The Voss Foundation, a Norwegian water company, works to bring access to clean water to regions in sub-Saharan Africa. At the luncheon, the Voss Foundation spearheaded a bazaar which sold an array of goods such as scarves, jewelry, and woven home goods. The merchandise was created by women whose communities had benefited from Women Helping Women’s work, which includes building wells and latrines and providing sanitation facilities.

According to reports, the event was a success. The event had a big impact on the fashion world as renowned female personalities such as designer Jill Stuart, author Susan Fales-Hill and beauty queen Nana Meriwether, attended the event; their presence alone “underscored an important reality about the water crisis”. In addition, the fact that the attendees were mostly female showed that the water crisis in Africa largely affects females. According to Kara Gerson, the foundation’s director, “women and girls who are responsible for clean water and so they spend hours carrying heavy loads of water on their backs and heads back to their families. There are obviously physical issues with carrying heavy loads of water long distances, there are safety issues when the women are alone and the water that they are carrying might not even be clean”. Model and actress Selita Eban who was honored by Women Helping Women in 2012 for her charity work in Sierra Leone, agrees with this notion.