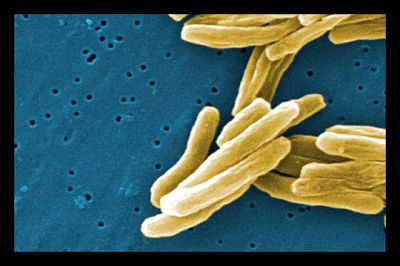 Over 600 million people in Bangladesh, Pakistan, and India are infected with the tuberculosis bacterium Mycobacterium tuberculosis. Each year, at least three million people reach the potentially deadly staged called active TB. The disease is still treatable at this stage with antibiotics, but traditional tests miss more than one out of three active cases. An average of 400,000 people die from the disease in South Asia every year.

For the first time, thanks to a new strategy developed at University of California, Davis (UC Davis) Health System, the disease can be effectively detected in children. Over 20,000 people in Pakistan will now be tested for the dangerous stage using the scientific breakthrough.

In traditional screening, a laboratory worker must identify the bacterium in a sputum sample observed under a microscope. Unfortunately, this test rarely picks up more than 50 percent of active cases of lung TB. The new TB screening looks for antibodies in the blood that are found only when a person is fighting off active TB. This new test is expected to detect 80 percent of active cases.

Another advantage to the new strategy is the speed of the screening. While the sputum microscopy test requires three sputum samples collected over a three-day period, the new test requires only a few drops of a blood sample and results are provided in two hours. According to researchers, because it takes such little time, millions more people can be screened worldwide per year.

An additional limitation of conventional screening comes from the very use of sputum samples. Children often have trouble providing a sputum sample, and are often missed in TB screening. TB can also be inactive in the lungs but active in other organs and tissues, cases that are missed by sputum screening. These two undetectable groups account for over 20 percent of all active TB cases.

The new strategy is based on an FDA-approved diagnostic instrument and was developed by UC Davis Medical Center scientists along with colleagues in Pakistan. Preliminary trials were funded by the U.S. Agency for International Development (USAID), and were reported in the journal Clinical and Vaccine Immunology. USAID and the World Health Organization (WHO) fund today’s large-scale research. An additional grant was awarded in July 2013 from the U.S. State Department and USAID, which will focus on developing and commercializing the TB test in partnership with the Forman Christian College in Pakistan.

“The fast turn-around time of the new antibody diagnostic test, in combination with high number of patients who can be tested, should enable millions of more TB patients to be screened,” said Imran Khan, assistant professor in the Department of Pathology and Laboratory Medicine, and Center for Comparative Medicine at the UC David Medical Center. “As a result, effective treatment can be provided in a more timely fashion to reduce the spread of this deadly disease.”

What is Venture Philanthropy?Training Program in Pakistan & World Learning
Scroll to top