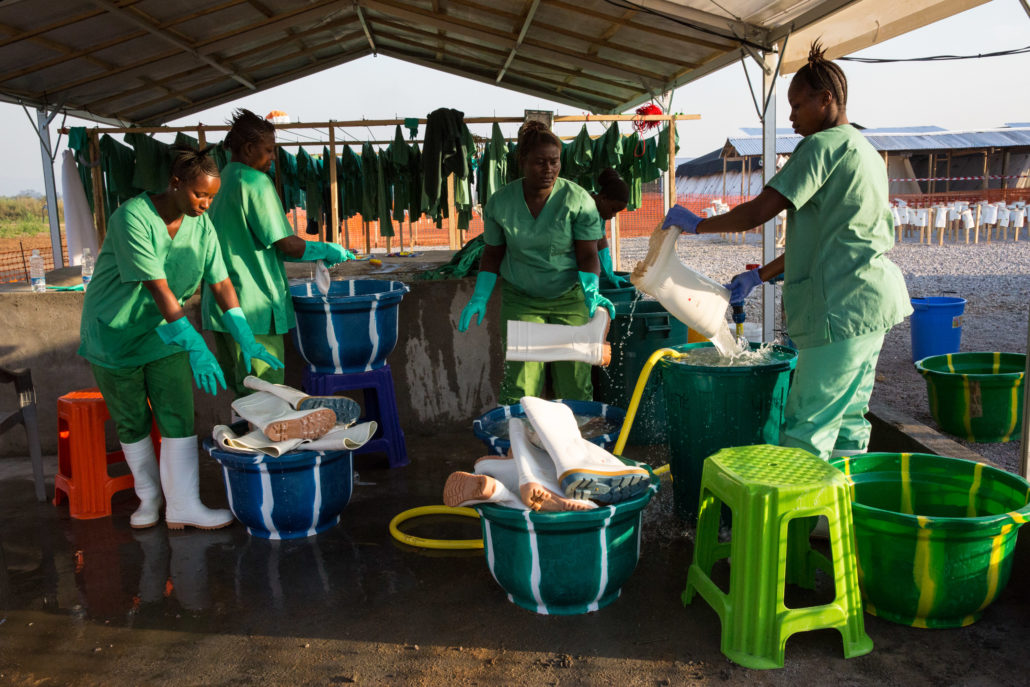 Sierra Leone, a country in West Africa, has been recovering from a civil war since 2002. While the country is still healing from the war, as well as combating disease, Sierra Leone’s life expectancy sits at about 52 years. This is 20 to 30 years younger than many wealthier nations. The prevalence of tuberculosis (TB) and other health crises threaten the nation’s strained healthcare system. In 2016, Sierra Leone struggled with the Ebola outbreak. Now in 2020, they fight TB while grappling with the COVID-19 pandemic.

Sierra Leone is among the 30 countries most impacted by TB, with 14,114 cases reported as of 2016 and many more potentially uncounted. There are around 170 centers in Sierra Leone that offer treatment for TB.

Bacteria cause TB, which most often affects the lungs. Occasionally, TB can also affect joints, bones and the central nervous system. The disease spreads through the air. The World Health Organization (WHO) reported that, “When people with lung TB cough, sneeze or spit, they propel the TB germs into the air.” People can also get TB by drinking unpasteurized milk contaminated by bovine TB.

The National TB Programme at the Ministry of Health and Sanitation launched TB-fighting programs in Sierra Leone, backed by WHO, USAID and the CDC. As of 2018, 13,396 people successfully underwent preventative therapy for TB.

In 2015, following the Ebola epidemic, the CDC established an in-country center that partnered with the Ministry of Health and Sanitation. Through this partnership, they improved treatment and diagnosis services for HIV and TB, as well as making them more accessible to the population. This partnership has been the source of several high-tech facilities intended for testing for HIV/TB, drug-resistant TB and HIV/TB coinfection.

HIV, another disease Sierra Leone fights, is not only another pressure for a struggling healthcare system but a fast track for people to develop active TB. People with HIV are at a greater risk for contracting TB since HIV attacks an individual’s immune system. This is especially true if the patient is not being treated for HIV via antiretroviral therapy, which suppresses the virus. Children living with both HIV and TB face the added obstacle of a difficult diagnosis process because it is harder to identify the bacteria in child samples. TB is also the leading cause of death in people who are living with HIV.

Another strain on the system comes from the poverty, which Sierra Leone is fighting to end. National economic struggles and the low wages of healthcare staff contribute to the rising prices for TB treatment, even for those within the national subsidized program.

Accessibility of treatment and testing are major obstacles for those in Sierra Leone suffering from TB. As of 2009, only 5% of people living with HIV tested for TB, with less than 1% receiving Isoniazid preventive therapy.

The Civil Movement Against Tuberculosis in Sierra Leone (CISMAT-SL) is a collection of civil society organizations, both community and faith-based, to help those fighting TB. CISMAT-SL advocates for TB prevention, early diagnosis and treatment and the classification of TB as a human rights issue. The movement is working to shift the priority of healthcare onto the health of the population, rather than the economics of it. CISMAT-SL strongly advocates for the early start of antiretroviral therapy, Isoniazid preventive therapy (sterilization of lesions to prevent active TB from developing), TB case finding and infection control. The movement work to make these efforts more widespread.

Testing and treatment for TB exist, developing further with the rise of drug-resistant TB and TB/HIV coinfection. In impoverished countries, already existing treatments and testing are harder to access due to fragile infrastructures and less supported healthcare systems. In Sierra Leone, and other impoverished nations dealing with TB, the first step to improving the health and welfare of the population starts with making testing and treatment measures accessible. This is the battle CISMAT-SL and other humanitarian organizations are waging to help stave off tuberculosis in Sierra Leone.