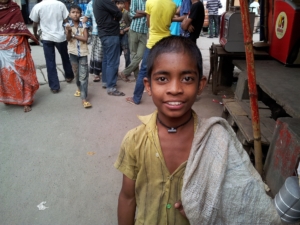 Tuberculosis (TB) is an airborne disease; common symptoms include cough with sputum and blood in some cases, chest pains, weakness, weight loss, fever and night sweats. TB can lead to the death of an infected person when left untreated. According to the World Health Organization (WHO), TB has caused about 2 million deaths worldwide, and 95% of deaths were recorded in developing countries. Bangladesh ranked sixth among high TB burden countries. The National Tuberculosis Control Programme (NTP) has attained more than 90% treatment success and more than a 70% case detection rate. Despite these successes, tuberculosis in Bangladesh remains a serious public health problem.

Reasons for Higher Infection of Tuberculosis in Bangladesh

The Effort to Combat TB

Tuberculosis is a major public health problem in Bangladesh. However, continuous efforts by the NTP and various NGO organizations have played an important role in decreasing the spread of the disease. DOTS, for instance, demonstrated a 78% cure rate in 1993. Due to its success, a phase-based treatment plan was implemented in 67 million rural populations in 1996.  Since implementation, the NTP has attained a 90% treatment success rate. Further efforts to combat the disease include development of the FAST program (Find cases Actively, Separate safely and Treat effectively). The program intends to detect active TB cases and decrease spread of the disease in healthcare facilities. However, despite efforts by the NTP and a number of NGOs, significant delays in care-seeking and treatment initiation still exist as major hindrances to the program’s goals.

Tuberculosis in Bangladesh kills more than 75,000 people every year. Despite free services like DOTS and other NTP programs, limited access to quality service, lackluster funding and insufficient screening prevent adequate detection and treatment of the disease. The lowest quartile of the population is still five times more likely to contract TB, potentially due to a lack of awareness of TB-treatment programs among the general public. Adding to the problems for TB programs, private health professionals are typically inactive in national programs. While NTP programs have made progress in addressing the disease, these challenges persist, and tuberculosis remains a major health problem in Bangladesh.

To stop the growth of tuberculosis in Bangladesh, community organizations such as the Bangladesh Rural Advancement Committee (BRAC) have shown impressive results in lowering the percentage of those afflicted by TB. Effective treatment of TB includes investment in medicine, local health services and diagnostics. To ensure full recovery, social protection of patients is also required. Multidrug-resistant TB (MDR-TB), for instance, requires two months of drug treatment and a four month continuation period. If treatment programs can satisfy requirements investment and social protection requirements, the chance of curing TB patients reaches 92%. The application of a more successful method will help in curing the most complex TB cases, such as drug-sensitive TB, with improved results. With the implementation of proper and effective treatment strategies, we can eliminate tuberculosis in Bangladesh and the benefit even the poorest members of society.