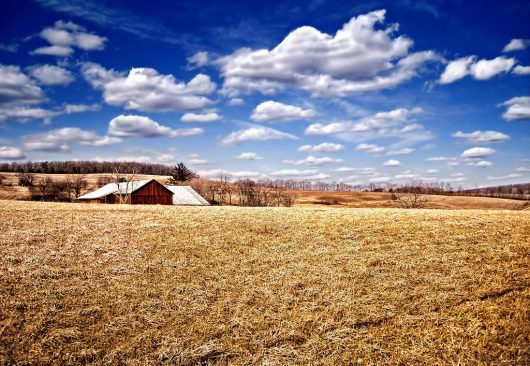 Recent implementation of government programs and grants of foreign aid seek to address infrastructure inefficiency and improve conditions for those still living in poverty in Jordan.

Jordan is a chronically arid country, with less than five percent of land available for farming. For citizens in rural areas, prospects of self-sustainability through farming are limited by the little or no rainfall. Not only do poor farmers have fewer products to sell, they also have less to eat.

Approximately 20 percent of Jordanians live in rural areas where poverty is more prevalent than in urban areas. Approximately 19 percent of the rural population is considered “poor.”

According to the 2011-2020 National Employment Strategy, Jordan must overcome several barriers to youth and female employment, including transportation, in order to improve economic conditions for all. Inefficient transport creates disparities between economic city centers like Amman and more rural regions.

These issues reflect some of the obstacles the government’s development program, referred to as Jordan 2025, seeks to address. This initiative began in early 2016 with the Executive Development Plan dedicating nearly $2.5 billion to developmental programs, with almost $300 million devoted to road and transportation development. This focus on improving transportation infrastructure ultimately provides rural citizens with more employment options in major cities.

To help mitigate these issues and boost the slowing economy, the Jordanian government has accepted two loans from the World Bank within the past year. The first, introduced in September 2016, comprised a $300 million package to improve economic opportunities for Jordanians and Syrian refugees.

The second, approved in December 2016, consists of a $25 million contribution from the Global Concessional Financing Facility combined with a $225 million loan to improve energy and water spending as well as improve public service delivery.

“Improving the efficiency of the water and energy sectors, and the consequent savings, will provide the government with the fiscal space needed to invest more in economic development projects and improve the living conditions of citizens,” Jordan’s Minister of Planning and International Cooperation Imad Fakhoury said in an interview with the World Bank.

While these initiatives and international loans have yet to be fully implemented and their impact analyzed, these investments could potentially help diminish poverty in Jordan.

Sustainable Development Goals: Create Economic OpportunitiesKnow Your Cause: The Natives in the Amazonian Rainforests
Scroll to top