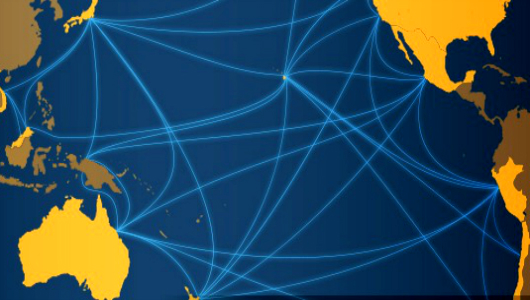 The Trans-Pacific Partnership (TPP) continues to face strong popular opposition, particularly among those who claim that the provisions aimed at establishing new standards for intellectual property are beneficial only to multinational corporations and associated industries. One of those is the pharmaceutical industry, which faces the prospects of increased drug prices and extended patent rights if the agreement becomes law. These revelations come from a WikiLeak’s leak of the Healthcare Annex, the TPP provision concerning access to healthcare and pharmaceutical products.

Among the provisions under scrutiny are proposals to extend patent terms on new pharmaceutical products, increased ability to enforce patent rights, increased risks and costs associated with registering generic drugs and further limits on exceptions to patent rights. The result is increased authority for multinational pharmaceutical companies, higher prices on basic goods and decreased access to basic medicine and healthcare for patients.

Dr. Deborah Gleeson, a professor of Public Health at Australia’s La Trobe University, says the Healthcare Annex does nothing to expand, or even guarantee, access to medicine for the world’s people.

“The purported aim of the [Healthcare] Annex is to facilitate ‘high-quality healthcare’ but the Annex does nothing to achieve this,” she said. “Nor does this do anything to promote ‘free trade’: rather, it tightly specifies the operation of countries’ schemes for subsidizing pharmaceuticals and medical devices with the aim of providing greater disclosure, more avenues for the pharmaceutical industry influence and greater opportunities for industry contestation of pharmaceutical decision making.”

The provision would also affect signatory countries’ control over their own healthcare programs, the result of a “consultation mechanism” that could be used to pressure countries into adopting health policies beneficial to U.S.-based pharmaceutical and medical device companies. According to Jane Kelsey, a professor of law at the University of Auckland and the second specialist consulted by WikiLeaks, this suggests that the ability of member states to subsidize medicine for their citizens will be diminished.

Proponents of the Healthcare Annex argue that extended patent rights and high drug prices are necessary in order to fund pharmaceutical research and development. According to Kelsey, however, other options are available to governments worried about stimulating R&D. She notes that Pharmac, New Zealand’s medicine subsidy administrator, has been able to dramatically lower the price of drugs by subsidizing pharmaceutical companies that offer the cheapest shelf prices. Under New Zealand’s system, companies compete to provide customers the cheapest prices, and as a result of the subsidies realize increased sales for their efforts.

According to WikiLeaks, the TPP’s healthcare provision would restrict the ability of countries like New Zealand to implement such policies, and would “inhibit the adoption of similar policies in developing countries.”

The most immediate threat to medical care for the world’s poor comes in the form of decreased access to generic drugs, which often cost a fraction of the price of patented drugs. For example, generic drugs, which account for a large portion of the Mexican medicine market, have saved the poorest Mexicans $1.3 billion over the last four years. Farmacias Similares, a bargain pharmacy in downtown Mexico City, charges only $17 for a two-week supply of the generic drug bicalutamide. A patented version of the same medication under the brand name Casodex sells for $83, more than Guillermo Ocampo, a security guard with no health insurance, earns in a week.

“This medicine stops [my] cancer from growing and that keeps me alive,” said Ocampo in an interview with Global Post. “I simply couldn’t afford to pay for the patented version. I don’t know what I would do.”

The Trade Promotion Authority (TPA) passed in the House Thursday, and, if it proceeds to pass in the Senate, will strip Congress of the ability to debate or amend the version of the TPP proposed by President Obama, limiting it to an up or down vote. While the trade agreement has largely been negotiated behind closed doors, the leaked provisions indicate that access to affordable medicine among the world’s poor could be seriously threatened. “The TPP agreement is on track to become the most harmful trade pact ever for access in developing countries,” warned Doctors Without Borders in a statement in 2013. “[We urge] the U.S. government to withdraw – and all other TPP negotiating governments to reject – provisions that will harm access to medicines.”