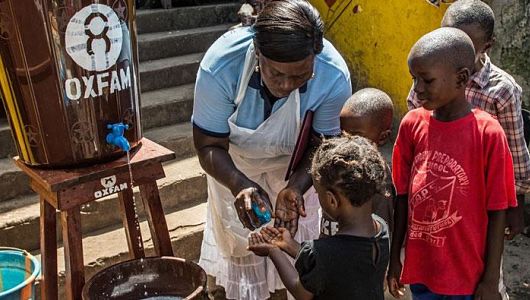 Advocacy takes on a broad range of meanings and connotations in our society. Advocacy and advocacy groups are terms that generally conjure up images of the 1960s Civil Rights Movement or the numerous groups today, which advocate for a whirlwind of causes like environmental protection, expanded access to healthcare or even poverty reduction. The Oxford English Dictionary defines an advocacy group as “a group of people who work together to achieve something, especially by putting pressure on the government…usually on behalf of people who are unable to speak for themselves.”

What the Oxford definition illuminates is the difference between an advocacy group and, say, a non-governmental organization (NGO). While advocacy groups and NGOs share several similarities and may even have the same objective, advocacy groups have a special emphasis on altering public policy, while an NGO or grassroots organization might try to work around or outside of the public sphere. Sometimes, organizations pursue advocacy as well as field work.

Advocacy groups have a variety of ways to affect public policy as well as public opinion. These ways include disseminating relevant information about the issue which they raise, engaging local communities to become involved in an issue and, perhaps most importantly, directly lobbying government leaders to create policies that will help address the issue.

In the case of the U.S. Civil Rights Movement, many demonstrations, local campaigns, publications and direct lobbying of U.S. leaders led to the Civil Rights Act of 1964. Outreach and education of the general public was, and is, highly important to any successful advocacy venture because the primary way that public policy is shaped is through the demands of the constituency and the pressure they put on their representatives to support or create legislation that reflects their interests.

One example of a well-known advocacy group is Oxfam International. Founded in 1995, their name derives from an early predecessor to their organization, the Oxford Committee for Famine Relief, a group which advocated for the delivery of emergency aid to people caught in the midst of World War II. Today, Oxfam supports a wide variety of poverty reduction and economic development ventures, pursuing issues which constitute a fulfillment of basic human rights.

Oxfam International is a combination advocacy group and grassroots non-governmental organization, working both on the policy level and directly coordinating and delivering services to people internationally. The organization has 17 chapters in different countries, as well as advocacy offices in high-impact government centers such as Brussels and Washington, D.C.

The Sierra Club is another famous, long-standing advocacy group, which was founded in the U.S. by conservationist John Muir in 1892. Originally, the group was formed to lobby for the conservation of vast tracts of U.S. land, which resulted in the establishment of Yosemite National Park and other wilderness areas.

The Sierra Club, because its mission is environmental conservation, is naturally more predisposed to pure advocacy; that is, lobbying U.S. leaders and organizing demonstrations. They have influenced the passage of several pieces of legislation including the Clean Air Act, Clean Water Act and Endangered Species Act.

The Borgen Project also operates as a classic advocacy group. This is because the greatest potential for poverty reduction comes through U.S. policies and institutions, rather than private or public donations funding fieldwork outside the policy sphere. The Borgen Project’s aim is to help people become aware of the need to fight poverty internationally, help them become civically engaged and, therefore, directly influence government leaders to adopt policies that strengthen poverty reduction efforts.