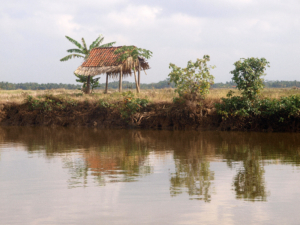 Within the past decade, international travel to developing countries has risen substantially. Countries like Tanzania and Indonesia have benefited from a surge in tourism. Moreover, research postulates that this will improve economic growth in developing countries. Economic developments in these countries are essential for stable socioeconomic growth. Tourism’s impact on reducing poverty within developing nations will be addressed in this article. However, the tourism industries in these countries promote more than just income generation — also, stability, opportunities in local communities, employment and cultural prosperity.

In 46 of the 49 least developed nations (nearly 94%), tourism has become one of the primary sources of economic income. Moreover, in some countries, this results in 25% of GDP. The total contribution of tourism in 2019 generated roughly $9.2 billion, with direct contributions globally generating nearly $2.8 billion. The income generated in these countries can provide further support to local communities and the overall infrastructure and revenue of developing countries.

The tourism industry offers excellent advantages for socioeconomic growth and poverty alleviation. One of the most significant factors is employment. Many individuals living in developing countries lack the education and opportunity for high-paying, skilled jobs. Jobs within the tourism industry, such as food, conservation and hospitality require lower skill levels. Therefore, allowing for expanded employment opportunities. In these ways, tourism’s impact on reducing poverty is both positive and significant.

The tourism industry can certainly promote nations, effectively raising their global profile and allowing for even more tourism. However, it can also allow for environmental damage, such as pollution, littering, resource depletion or loss of natural habitats due to the massive increase in visitors. In this same vein, roughly 40 million Americans traveled internationally in 2019. Yet, alternatively, it should be noted that tourism can potentially provide funding for conservation and create incentives to preserve natural areas. This occurs in both urban and rural environments to regenerate the areas.

Infrastructure such as roads, airports, hotels and other tourism services may fail to keep up with the estimated tourist projections of an “additional 400 million arrivals forecasted in 2030.” Infrastructure’s crucial role in tourism is in the amenities that these countries can provide for visitors. Although, with tourist arrivals already surpassing projections by 2017, some countries may struggle to progress and uphold their “infrastructure readiness” quickly enough.

Tanzania, located in sub-Saharan Africa, has become a significant tourist attraction within the past couple of years. Due to its rich culture and conservation, Tanzania has become a highly desirable destination. The nation accounted for 1.28 million tourist arrivals in 2016 alone. With this rise, Tanzania’s GDP of 4.7% is directly linked to tourism and travel expenditures. Furthermore, the country increased investments by 8.7% ($1.2 billion) and “export earnings,” generating $2.5 billion in revenue. These earnings dramatically impacted job opportunities, a significant variable in alleviating poverty. E.g., the increased investments employed 470,500 persons in the tourism and travel industry in 2016. Recent reports from the World Travel and Tourism Council (WTTC) expect the tourism and travel sector to continue to rise “6.6% annually in the next 10 years.”

Indonesia has also created a profitable tourism and travel industry. Striving to improve income inequality and alleviate poverty through tourism has proven to be a successful initiative. A study conducted by LPEM FEB UI, Universita Indonesia, shows that tourism activities have reduced the “depth of poverty from 2.04 to 1.21.” Along with this, severe poverty lessened in 2016 from 0.37 to 0.29. Additionally, the study also reveals that tourist activities offer more significant support within communities. For those living in regions with more prevalent tourist activity — the poverty rate is 1.5%–3.4% lower than regions that are not.

While the advantages do not necessarily outweigh the disadvantages — there are significant, positive results in promoting the travel and tourism industry in the highlighted regions above. With continued progress, countries such as Tanzania and Indonesia have made increasing strides in alleviating poverty. Tourism’s impact on reducing poverty represents a significant feat that will hopefully continue to yield positive results for the world.