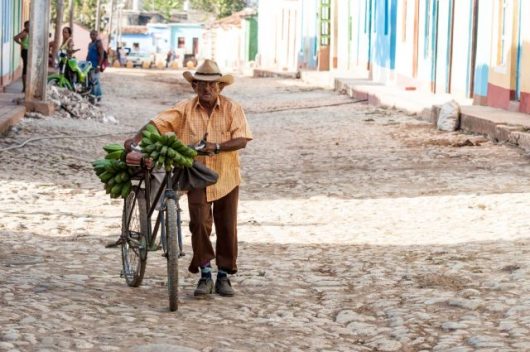 The Republic of Cuba is home to nearly 11.5 million people and has lasted through a communist regime for more than 50 years. U.S. sanctions were designed to dislodge the leader, Fidel Castro, and his regime; surprisingly, the island of Cuba has survived long after the collapse of its biggest supporter, the Soviet Union.

During the last 50 years, the government of Cuba has worked to eliminate poverty and hunger; however, many analysts argue that the economic system envisioned by Fidel Castro has not lived up to its plans. The Revolution was centered around the idea of eliminating a class structure, yet, the country has been left poor.

Nevertheless, the government of Cuba has continued its support of Castro’s ideology and is now working to eradicate issues such as hunger. To learn more about the country’s shortcomings and successes, here are the top 10 facts about hunger in Cuba.

Facts About Hunger in Cuba

Currently, the small island of Cuba imports 60-80 percent of its food. State officials are encouraging the continuation of cooperative farming to avoid dependency on other nations. Additionally, urban farming started in the 1990s and is regarded by the government as an acceptable mean to supplement the monthly rations.

The island of Cuba is working very hard to eliminate hunger. These top ten facts about hunger in Cuba demonstrate both the areas in which the goals of the regime have fallen short, as well as the successes of Castro’s vision.

Leaves of Green? Environmental Degradation and PovertyGirls’ Education in Uzbekistan
Scroll to top