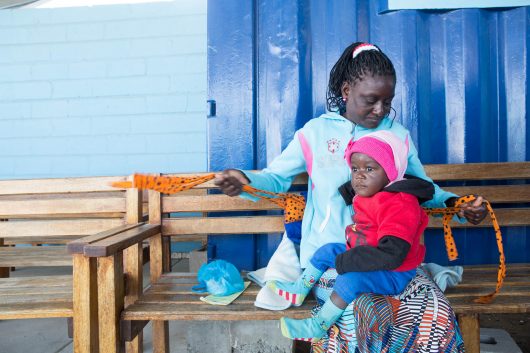 Life expectancy in Namibia has risen over the past 10 years. However, the country still struggles with communicable diseases, which are the largest leading factors of deaths in Namibia. The top diseases in Namibia are tuberculosis and HIV/AIDS.

Namibia ranks fourth as one of the countries most afflicted by tuberculosis (TB). The burden of TB has significantly dropped since 2004, when it peaked at 350,000 incidents. Although the number has been steadily dropping — declining 9,950 last year — the number of incidents is up from the previous year.

Yet, this increase is not altogether a negative indication of the preventative methods being deployed to fight diseases in Namibia. In fact, the higher number is due to the new testing measures, which have been able to reach more Namibians and give them a more accurate screening for TB.

The majority of TB care and prevention is funded by the Namibian government (domestic). However, the strength of this epidemic is not one they can fully contain on their own. The Namibian government is in need of more resources than they currently have. The nature of TB, such as long-lasting dormancy and ease of contraction, makes the elimination of this disease difficult.

Unfortunately, the prevalence of HIV also fuels the high contraction rate of tuberculosis. About 41 percent of those with TB also have HIV. Due to a severely compromised immune system, HIV/AIDS and TB often mix for a lethal combination.

HIV/AIDS are currently the diseases in Namibia associated with the highest death rates, claiming over 3,500 lives each year. There are 214,956 diagnosed cases of HIV in Namibia and only 68 percent of them are receiving antiretroviral treatment (ARV). Unavailability of treatment is the leading contributor to the death rate among those with HIV. There are at least 42,500 people that are suffering from HIV in immediate need of antiretroviral medication.

The deputy health minister also pinpoints a weaken health care system as a factor in Namibia’s inability to treat a majority of HIV-positive patients. There are less than two health care workers for every 1000 citizens, fewer in remote areas. Retaining health care workers is a crisis in Namibia. Without the proper amount of healthcare providers to cater to the needs of the people, especially those with HIV, patients cannot receive care in a timely manner.

The U.S. is currently invested in aiding Namibia’s struggle with TB and HIV. The President’s Emergency Plan for AIDS Relief (PEPFAR) acts with the Namibian government in a multitude of ways to help stop the epidemics of both HIV and TB.

Together they have increased care for orphans and vulnerable children, expanded testing and awareness. PEPFAR is also working to re-manage the congested healthcare centers to allow for better treatment. PEPFAR’s current aim is to help the Namibian government reach their goal to have 80 percent of those with HIV on ARVs by 2017.

The Namibian government feels that the prevention of HIV for the future begins with the youth of today. If they can explain the risks and the best ways to prevent HIV, before children or young adults get infected, the chance for new incidents will decrease.

As the past decade has shown, with the efforts of the Namibian government and foreign relief, the burden of diseases in Namibia can only continue to decline.