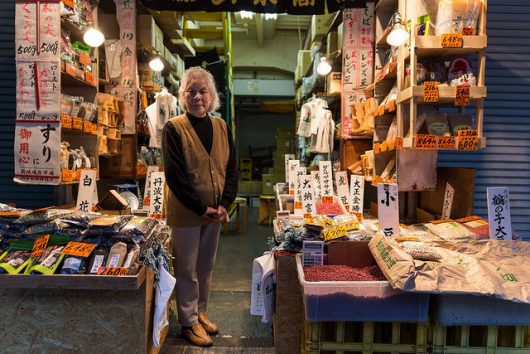 The proposals are expected to address one or a combination of issues, including the integration of community-based care systems, technological innovations, the need for human resources, and prevention of Non-Communicable Diseases (NCDs). NCDs are long-term diseases that are not caused by infectious agents and progress slowly, such as cancer and cardiovascular diseases.

In 2015, the population of Japan reached 128.3 million and the nation had a death rate of 1,100 for every 100,000 people. According to the Institute for Health Metrics and Evaluation (IHEM), from 2005 to 2015, the top diseases in Japan were cerebrovascular disease, Ischemic heart disease, and Alzheimer’s disease.

Cerebrovascular disease is a generic term for a variety of health conditions, all of which directly limit or cease blood flow to the brain. From 2005 to 2015, fatal cases increased by 15.4 percent in Japan. Atherosclerosis is the most common form of cerebrovascular disease, developing from high cholesterol levels and inflammation in the carotid arteries. Cholesterol collects along the artery walls, forming a barrier of plaque and restricting blood flow. Risk factors include smoking, obesity, diabetes, and hypertension.

Alzheimer’s disease is irreversible and progresses through the brain slowly, eventually destroying the ability to complete the simplest tasks. From 2005 to 2015, Alzheimer’s had the largest increase in fatal cases at 56.2 percent. The cause of this diseases is not fully understood, however, there are common factors. Alzheimer’s disease typically affects elderly men and women, people with the ApoE-e4 gene, and in some cases, individuals with vascular conditions such as stroke, high blood pressure, and heart disease.

How Diet Affects These Diseases

Cardiovascular and chronic respiratory diseases are the top NDCs caused by dietary risks. A diet rich in antioxidants and grains is necessary to prevent these and other health-related diseases. Traditionally, Japanese food is relatively low in fat, but high in sodium. High levels of sodium directly affect the cardiovascular system, potentially leading to stroke, heart disease, and heart failure. The nutritional value of a Japanese diet — primarily based on wheat, rice, fish, and soy — lacks vital nutrients found in nuts and whole grains.

High blood pressure contributes to many of the top diseases in Japan. Exercising daily and eating a healthy diet are vital to reducing high blood pressure. A variety of multigrain and whole-grain products, such as oats and bran, can help lower blood pressure. A diet plan known as Dietary Approaches to Stop Hypertension (DASH), is based on the National Institute of Health (NIH) research to lower blood pressure without the use of medication. The DASH diet primarily focuses on eliminating sodium and dairy and increasing consumption of vegetables, fruits, nuts, beans, seeds, and whole grains.

Advanced health and social services for aging populations are critical components to sustaining universal health coverage. The Japan Times reports that elderly people aged 65 or older make up 26.7 percent of the total population. This percentage is predicted to rise, altering the demographic structure of Japan and the need for medical care. The WKC’s primary objective is to create, “more sustainable and inclusive policies and programs for aging populations”, which is vital to achieving a complete understanding and potential cure for the top diseases in Japan.