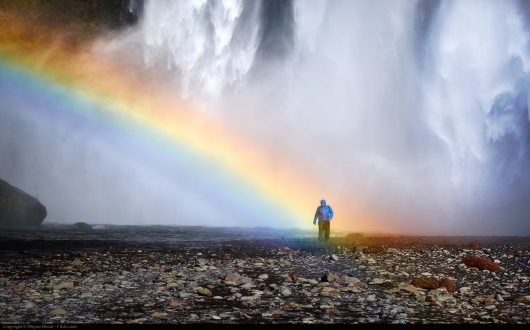 Like all countries, Iceland is affected by a number of diseases that harm the nation’s citizens, putting their lives at risk. For the most part, the circulatory system is the most in danger for the Nordic island nation, as data published by Statistics Iceland suggests. In fact, close to half of the number of Icelanders who passed away in 2009 died of ischemic heart diseases and cerebrovascular disease.

Of course, there are a number of other top diseases in Iceland about which the country is most concerned, other than ones that affect the circulatory system. In 2009 again, for example, 175 people died of diseases that affected the respiratory system, such as cystic fibrosis, pneumonia, and emphysema.

Additionally, cancer affects a large percentage of the population, though one could argue that cancer poses a problem for many developed countries. According to Global Health Grove, cancer, cardiovascular diseases and neurological disorders are included in the top diseases in Iceland, causing the most harm overall for the country’s population.

Perhaps most surprising is the large effect of infectious diseases on Icelanders. This is surprising because the country enjoys a well-developed and prosperous economy, with a healthcare system provided by the state. All Icelanders who register for the healthcare system and contribute to it through their taxes are able to enjoy emergency services, screenings and exams, as well as many other services.

Yet, diarrhea, lower respiratory diseases and nutritional disorders still affect the population, killing nearly 200 Icelanders every year. One can look at the risk factors for these diseases and find a correlation. For instance, Iceland is in the top 10 list of countries that have the unhealthiest diets. This can explain the common nutritional disorders and circulatory diseases that killed more than 700 Icelanders in 2009.

Iceland has a relatively small population compared to other developed countries, which is why the number of deaths caused by the top diseases in Iceland may seem minuscule. In fact, as of 2017, Iceland only has around 333,000 people living on the island.

Until risk factors are assessed and accounted for, the diseases listed above will continue to pose a threat to the small population. Luckily, health services in Iceland are working hard to warn the dangers of an unhealthy diet and cigarette smoking, which will hopefully have a positive effect and limit the number of deaths caused by these factors in years to come.