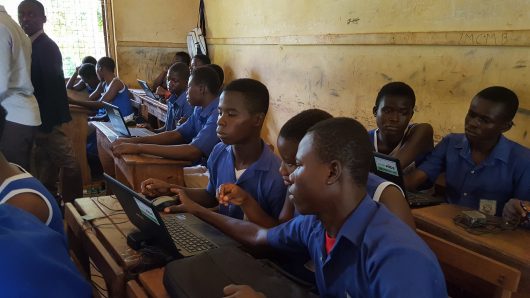 Nana Akufo-Addo, The President of Ghana, ran as a candidate of the New Patriotic Party (NPP), the national liberal-conservative party, in the past three election cycles. He was defeated in 2008 and 2012 by candidates from the National Democratic Congress (NDC), the national social democratic party. Nevertheless, he defeated the NDC candidates in 2016 after accusations of electoral fraud.

In 2016, the NPP campaigned on a promise of free Senior High School (SHS). President Akufo-Addo has since followed through, assuring Ghanaians the government will fund the costs of public SHS education in Ghana for all those who qualify for entry in the 2017-2018 academic year.

The announcement was made in the President’s speech as a guest of honor at the 60th-anniversary celebration of Akuapeman SHS in the Eastern Region. The initiative has been authorized in hopes of improving the quality of education in Ghana.

Akufo-Addo detailed that a society that wants to develop into a modern, profitable and constructive participant in the global market requires an educated pioneering and labor pool. By that logic, he argues, the nation must enact its educational policies swiftly and effectively.

The President believes that education is the factor limiting the nation’s economic development and, for that reason, is committed to providing a free public SHS education in Ghana.

Along the same lines, the government intends to create incentives for a higher standard of teaching. President Akufo-Addo hopes this initiative will motivate hard work at both ends of the classroom.

Overall, the goal is to provide all children with equitable and accessible education in Ghana.