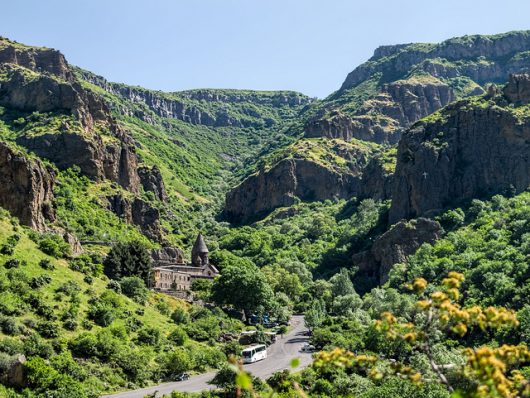 The country of Armenia, or the Republic of Armenia, is a sovereign state in the South Caucus region bordered by Turkey to the west, Georgia to the north, Azerbaijan to the east and Iran to the south. The Armenians are a rich and storied people dating back to antiquity.

Armenia has acted as a purely autonomous region since regaining independence from the Soviet Union after the fall of the communist party. Since the dissolution of the USSR, Armenia has had difficulties in maintaining quality healthcare for certain diseases due to a difficult transition from a centrally planned to a market economy. Due to this new economic redirection, the current healthcare system skews more toward funding hospital interventions, leaving little funding for community projects. Because of this, various communicable and non-communicable diseases have had a major impact on the people in this region. Here is a list of the top diseases in Armenia.

Like many countries in Europe, the most common cause of death due to illness is non-communicable diseases. Some of these diseases include cardiovascular disease, cancer, diabetes, chronic respiratory disease and musculoskeletal conditions. These all add up to a substantial fatality rate in the nation. Approximately 50 percent of deaths were caused by cardiovascular diseases and 74 percent resulted from combined symptoms (cardiovascular, neoplasms and diabetes mellitus) in 2013.

Malaria is a disease spread by infectious mosquitos. It exhibits symptoms such as fever, vomiting and fatigue and can be fatal. Armenia was given malaria-free status in 2011 but has had a difficult time fighting the disease throughout the years. Thousands of people were infected between 1920 and 1930, and 200,000 cases were reported in 1934. Armenia was given malaria-free status in 1963 after years of fighting the disease. After the dissolution of the USSR, however, malaria resurfaced in 1994 and numbers peaked at 1156 in 1998. Cases have steadily decreased since, but malaria and yellow fever are still the top diseases in Armenia to look out for on the Center for Disease Control travel page.

One of the top diseases in Armenia, Familial Mediterranean Fever (FMF) is hereditary and only affects individuals from the region. This disease is most common in people with Sephardic Jewish, Armenian, Arab and Turkish backgrounds. People infected generally exhibit recurrent cases of fever, abdominal inflammation, lung inflammation, swollen joints and a characteristic ankle rash. Severe cases of the disease can cause inflammation surrounding the heart (pericarditis) and swelling of the membrane surrounding the brain or spinal cord (meningitis). According to a report from the National Human Genome Research Institute, approximately one in every 200 people with one of these particular backgrounds has FMF. There is currently no cure for the disease.

Though there is still much work to do, Armenia has made significant strides in retooling its healthcare system. With the implementation of positive reforms, these top diseases in Armenia could be controlled or eliminated in the future.