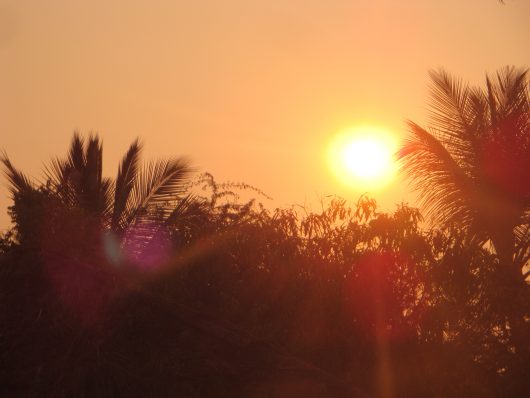 Life expectancy in Angola is estimated to be 53 years–almost 20 years lower than the world average. While the prevalence of HIV/AIDS within Angola is relatively low compared to other sub-Saharan African countries, there are a number of diseases in Angola that require continued international aid and attention:

The World Health Organization is currently planning to launch emergency vaccination campaigns against yellow fever in Angola in response to a vaccine shortage. The CDC has placed the current outbreak of the disease at level two out of three, which encourages the public to practice enhanced precautions. Those who have not been vaccinated against yellow fever are discouraged from visiting Angola.

Yellow fever is spread through mosquitos and develops three to six days following contact. The CDC reports that only 15 percent of those who are infected present serious symptoms. Yellow fever can also cause mild symptoms such as fever, headaches and nausea. However, severe cases of the illness can be fatal: it is estimated that 347 people have died due to yellow fever in Angola since December.

Malaria is another disease spread via mosquitos. It is common in tropical regions throughout the world. Just as in most sub-Saharan African countries, malaria is widespread throughout Angola.

Symptoms of malaria include fever, nausea, vomiting and other flu-like symptoms. Severe or untreated malaria can lead to various health complications such as organ failure and even death.

Malaria causes almost half of under-five deaths in Angola, making it a major problem within the country. UNICEF has distributed 44,000 mosquito nets throughout Angola that have been effective in warding off the disease.

Typhoid Fever and Hepatitis A

Typhoid Fever and Hepatitis A are transmitted through contaminated food or water. In Angola, over nine million people do not have access to safe drinking water, which contributes to the prevalence of typhoid and other water-based illnesses. While these diseases are endemic to the country, those who travel to Angola should get vaccinated prior to entering Angola.

USAID and WaterAid are currently involved in Angola in an effort to increase safe water access. Through community and government level involvement, there is hope for a decrease in the prevalence of water-born diseases.

With continued support from the World Health Organization, UNICEF, USAID, WaterAid and the greater international community, the prevalence of these and other fatal diseases in Angola can be reduced significantly.