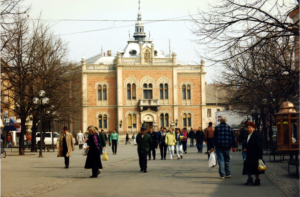 Formerly a part of Yugoslavia, Serbia is a small landlocked country located in southeastern Europe between Macedonia and Hungary. Serbia has an extremely tense history with its neighboring countries as a result of the breaking up of Yugoslavia in the early 1990s. Today, Serbia is quite different. Here are the top ten facts about living conditions in Serbia.

Though Serbia is a beautiful country and its tourism rates have risen in recent years, the country still harbors a lot of tension because of its past conflicts. These top 10 facts about living conditions in Serbia showcase that while the country has made great strides and developments, there is still room for improvement.