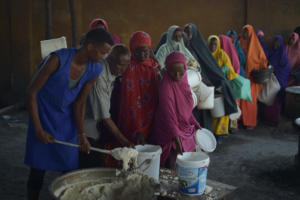 There are many things about the country of Somalia that make it unique. It is the country located in the most eastern part of Africa, it has been gripped by two decades of conflict and is one of the few regions on Earth where many people still opt to live a largely nomadic lifestyle. Due to these factors, the country also faces unique problems. Life expectancy is a reliable way to track the status of the country’s people, and a variety of points contribute to that number. In the article below, the top 10 facts about life expectancy in Somalia and all the aspects that are influencing them are presented.

Though the situation on the ground in Somalia is showing signs of improvement, the country’s life expectancy is still far below the global average. As factors such as disease are combated by immunization efforts and better sanitation, this number will continue to creep upwards. These top 10 facts about life expectancy in Somalia highlight the past, present and future about this issue in this truly unique country.

The Trauma of Afghan IDPs and Returnees
Scroll to top