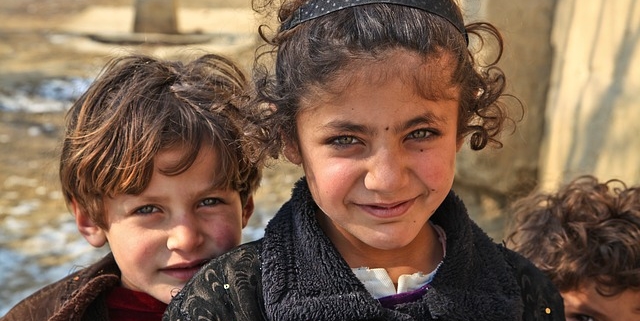 Conflict and natural disasters have plagued Afghanistan for many years, causing thousands of Afghans to flee their homes and country. According to reports by The United Nations High Commissioner for Refugees (UNHCR) and the United Nations Office for the Coordination of Humanitarian Affairs (UNOCHA), as of September 2018, there were at least 2 million internally displaced persons (IDPs) in Afghanistan, and more than 5.2 million Afghan refugees repatriated with their agency between March 2002 and September 2018. This all-encompassing displacement has resulted in an overwhelming number of Afghan IDPs and returnees trying to reintegrate into society, placing immense strain on host communities and causing an increased need for humanitarian aid. Not all IDPs and returnees seek refuge in government-controlled areas, making their need for humanitarian assistance even greater.

A Territorial Tug of War and Its Effects

For decades, Afghanistan has faced a heightened state of security, but in 2017 the country was downgraded to a post-conflict status. Yet, that very same year, its territorial map was redrawn, as the Afghan military fought to secure urban areas. Their departure from rural regions allowed the Taliban to capture new districts. This led to the reclassification of Afghanistan as an active conflict country.

According to a CNN report, in November 2015, approximately 72 percent of Afghanistan was government-controlled, while Taliban forces or other insurgents held only seven percent. By October 2017, 56 percent of the country’s districts were under the authority of the Afghan government, while 30 percent was contested — an incremental redistricting signaling the Afghan army’s loosening stronghold.

Today, the security situation in Afghanistan remains complicated because the Taliban’s national influence is on the rise, and insurgents still dominate large parts of some northern provinces. The Taliban’s continuous ground attacks, along with U.S. airstrikes and territorial shifts, have resulted in more casualties and worsening conditions for Afghan IDPs and returnees in militant-controlled areas.

The Reality of Non-Government-Controlled Afghan IDPs and Returnees

According to British & Irish Agencies Afghanistan Group (BAAG), in 2016, the Common Humanitarian Fund only allocated two percent of their Afghan designated funding for non-government-controlled areas. Due to the limited humanitarian funding and access constraints resulting from safety and security issues, displaced persons and reintegrating returnees residing in contested and conflict-ridden regions experience challenges at higher rates. The following are examples:

Another reason why Afghan IDPs and returnees in high-security areas are adversely affected by state fragility is that most are unaware of their constitutional rights under the Afghanistan Constitution and National Policy on Internally Displaced Persons. Two principal ways for these populations to receive assistance are through emergency humanitarian assistance and reporting or registering claims with the Department for Refugees and Repatriation (DoRR). Claim registration with DoRR, however, is very complex and expensive.

In the summer of 2017, UNHCR Afghanistan contracted Orange Door Research and Viamo to survey returnees and conflict-induced IDPs. For comparative analysis, UNHCR also surveyed the general population. The survey provided a detailed view of migration patterns, assistance needs and vulnerability. It distinguished populations based on gender and income, as well as location and time of return or displacement. UNHCR and its partners studied the findings to develop a strategy that would generate protection outcomes and solutions for the following problems: insufficient access to adequate housing and education, peacebuilding support, self-reliance and the sustainable reintegration of IDPs and returnees through regional strategies with the goal of expanding humanitarian access. UNHCR’s findings also determined appropriate planning, response and advocacy for the inclusion of displaced persons’ and returnees’ needs in national priority programs.

REACH, a joint initiative of IMPACT, ACTED and UNOSAT, partnered with the UNOCHA and the Humanitarian Access Group to implement the Afghanistan Hard-to-Reach Assessment. In March 2018, REACH assessed Afghan districts to provide geographical and sectoral findings to establish an assessment of needs, vulnerabilities and access constraints for a multi-sectoral approach.

The first round of findings highlighted education and healthcare vulnerabilities in hard-to-reach districts and stressed key protection concerns. In May 2018, the second round of data was collected to allow comparison. The aim of the Afghanistan Hard-to-Reach Assessment was to inform the 2019 Humanitarian Response Plan to improve these districts’ inclusion in the Afghanistan humanitarian response.

Such strategic changes to humanitarian response plans recognize that multi-sectoral responses are needed to help Afghan IDPs and returnees in areas not under government control. To ensure their inclusion in both regional and national response programs, there must also be full disclosure of their constitutional rights and a more affordable and streamlined humanitarian aid registration process.