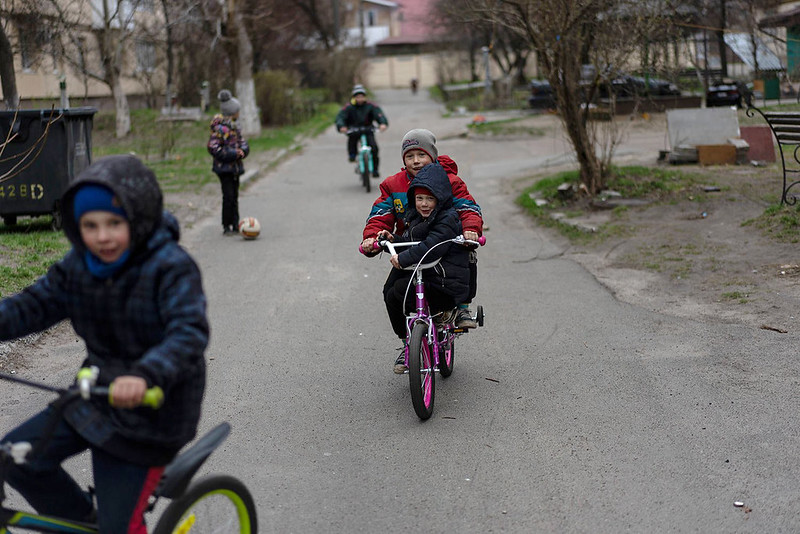 The war in Ukraine continues months after the Russian invasion in February 2022. With no reconciliation in close sight, especially after recent Russian missile strikes on Ukrainian cities in early October 2022, humanitarian aid is urgent. The Office of the United Nations High Commissioner for Human Rights (OHCHR) estimated a civilian death toll of 6,430 by October 30, 2022. TikTokers within Ukraine are using the TikTok app to report on the events unfolding in Ukraine and document their experiences. Through this social media platform, TikTokers raise awareness about the Ukraine crisis and publicize calls for aid to Ukraine.

Johnny Jen, a travel vlogger living in Ukraine during the Russian invasion, had some insight into using social media to show the effects of war. Jen told Insider that platforms like TikTok and YouTube have already begun to “replace traditional media and the news,” especially among the younger generation. A 2019 Reuters Institute study confirms this with a finding that individuals younger than 35 feel “traditional news media no longer seems as relevant or as dominant when it comes to news content” in comparison to social media.

University professor Damian Radcliffe also commented on this trend, telling Insider that the “informal feel” of these short videos tends to resonate as more “authentic and raw” to a younger audience.

Humor as a Coping Mechanism

The humor sprinkled into this type of content draws the attention of people using TikTok. Ukrainian Lisa Lysova has garnered a million views on a TikTok dance video she created after waking up to “sounds of explosions” when Russia invaded the nation. She says the use of humor is how she copes with the stress of the crisis.

Alina Volik, who is also a TikToker in Ukraine, says this humor helps Ukrainians “bond,” especially amid the war. She has 76,000 followers who watch her videos, which range from jokes that the Ukrainian president is the country’s “psychotherapist” and visiting empty stores in Ukraine as “entertainment.” This is a way for Ukrainians to relate to one another.

With distrust in local media lurking over the past few years, these short videos are gaining attention. Survey results from Reach3 Insights show “three-quarters of Generation Z said TikTok has helped them to learn about social justice and politics, while the same number said the social video app helps them stay current on the news,” Marketing Dive reported.

While TikTokers raise awareness about the Ukraine crisis, countries are providing donations to support Ukrainians. On October 6, 2022, USAID Administrator Samantha Power announced that the U.S. will provide $55 million worth of financial aid to support heating infrastructure in Ukraine as winter approaches. The USAID website says that “This assistance will support repairs and maintenance of pipes and other equipment necessary to deliver heating to homes, hospitals, schools and businesses across Ukraine.” From February 2022 to October 2022, the U.S. supplied $1.5 billion worth of humanitarian aid to people in Ukraine and surrounding countries.

Through TikTok, Ukrainian influencers are bringing attention to the issues impacting Ukraine, which could garner more foreign aid and help from humanitarian organizations.