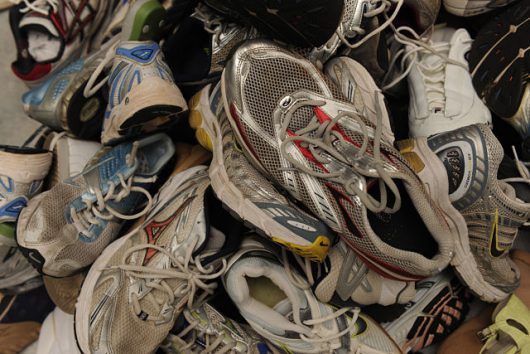 Shoes are much more than a fashion statement. Shoes play a major role in granting people health and access to opportunities. Several nonprofits and charities work to give shoes to people who need them. Before learning about three organizations that help people without shoes, here is why living barefoot is problematic and even deadly.

Across the world, around 300 million people cannot afford shoes. Shoes are often part of a school or work uniform, so without shoes, children and adults have a harder time getting an education or contributing to the household income.

In addition, going barefoot presents a number of hazards, from burns and injury to catching an illness or fungus. Any one of these dangers could negatively impact someone by keeping them sick at home or in a hospital.

More than 20 million orphaned children are without shoes in sub-Saharan Africa, where temperatures frequently rise above 100 degrees Fahrenheit. These harsh temperatures can be physically agonizing to bare feet.

Orphaned or homeless children who are shoeless can be at further risk of injury if they search for food or other items in places like abandoned buildings and garbage dumps. They could step on glass, nails and other sharp objects that could cause an infection.

People without shoes, especially in underdeveloped areas of Africa and Asia, are also susceptible to hookworm disease. A hookworm burrowing into the foot causes this parasitic disease. Hookworms live in soil or water contaminated by feces.

Without treatment, hookworm disease and other parasitic infections can lead to chronic illness, amputations and death. Hookworm disease has adverse effects on school performance, childhood growth, work productivity and pregnancy, according to the World Health Organization.

Here are three organizations that help people without shoes.

These three organizations that help people without shoes, as well as several others around the world, have helped millions of children and adults that cannot afford the basic necessity of footwear. The shoes can change the life of someone living in poverty by allowing them to go to school or work, safeguarding them from injury and infection and giving them the confidence they need to take hold of their future.