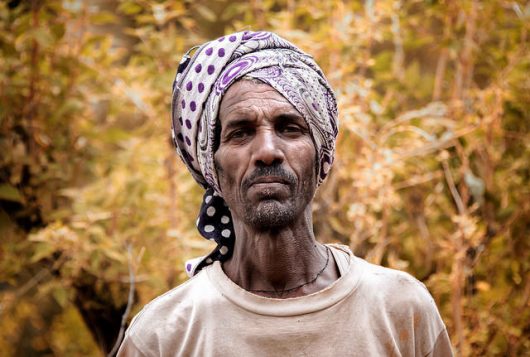 Proposed in 2012 and officially adopted in January 2016, the United Nations’ Sustainable Development Goals (SDGs) replaced the Millennium Development Goals to set the priorities of the United Nations Development Programme (UNDP) and to lead concrete actions on the ground. The goals call for the elimination of poverty and hunger by 2030, along with fifteen other targets concerning health, education, gender equality, sanitation, economic equality and climate change.

Some of the challenges encountered while trying to implement the 17 goals by 2030 include slower economic growth, long-lasting corruption and inequality, unfavorable demographics in various forms and widespread epidemics, but there are three surprising challenges of the Sustainable Development Goals that could be easily overlooked, yet require immediate attention.

Big data could only be of use if they are collected intelligently and interpreted meaningfully. If it is not known how many people are impoverished or which groups are the most vulnerable to economic adversity, it is not possible to act effectively against poverty. Furthermore, it would not be possible to know how much progress is made over time and, more importantly, which policies worked. This is not the most obvious challenge of the Sustainable Development Goals, yet a surprisingly large one. Proof for this is the statement of the director of the World Bank’s Innovation Labs, Aleem Walji, wrote in 2015 that out of the 155 countries that the World Bank observed and monitored, half of the countries lacked recent poverty estimates.

According to the IMF’s General Data Dissemination System, at least two data points are required within a decade-long interval to give poverty estimates every 3 to 5 years. A World Bank study conducted in 2015 noted that 57 countries out of 155 had less than two data points from 2002 to 2011, another 20 had two data points within one decade that are separated by more than five years, rendering the data inadequate for poverty estimates.

The lack of reliable poverty data makes it impossible for countries to design and implement appropriate policies. Nigeria, among other African countries severely deprived of timely data, represents the dramatic case, since this country was pronounced as the largest economy of the continent only by calculating its Gross Domestic Product (GDP) with inadequate information, revealing that decades of policy-making was based on outdated data.

The SDGs contain as many as 17 main issues to be addressed, and which ones should governments respectively prioritize could be a tough question. While prioritizing certain SDGs help with other SDGs as well- for example, decreasing poverty could have a positive impact on the good health and well-being of citizens- certain SDGs could be conflicted by their nature. The most notable potential trade-off exists between the second goal, which is ending world hunger, and the 15th goal, which calls for sustainable management of forest land and other terrestrial resources.

As Africa’s population continues to grow, the continent will be in need of safe food sources, wood, and other natural resources more than ever. Agricultural expansion, however, with its high demand for water and land, could potentially invade forest areas and lead to soil degradation, posing significant challenges to the SDGs.

Fortunately, there are strategies that governments could adapt to at least curb the potentially harmful aspects of agriculture: looking for and employing advanced agricultural technology that increases sustainability, ensuring funding as well as sound legal frames to protect small-scale farmers and to ward off harmful agricultural practices, utilizing agricultural growth by ensuring that it not only produces food but also job opportunities as well.

Who is held accountable?

This is perhaps the most significant among the three challenges of the SDGs. All UN member states agreed in August of 2015 to endorse the SDGs, but many may have left the negotiations unsure of where accountability lies. The issues of accountability also have a complicated history, with many developing countries feeling the burden of meeting the given goals, unlike richer countries who are not obliged to support developing countries by providing needed resources or aid.

The “follow-up and review” section of the SDGs agenda is vague since the document itself does not actually contain indicators necessary for measuring progress, nor is there a systematic mechanism for tracking accountability.

Not only should governments be responsible for building the vision of development. The private sector should be accountable as well, especially since Public-Private Partnerships (PPP) are becoming an increasingly popular way of managing public resources via private means in developing countries. The private sector should aware of the impacts of their actions and policies on the planet and on global poverty.

The 17 Sustainable Development Goals should not be mere talking points summoned at will. Instead, they need to lead concrete and intelligent actions that are actually impactful. Challenges of the Sustainable Development Goals are numerous, but acquiring reliable data, choosing reasonable and enforceable goals to prioritize and holding the most relevant parties accountable are challenges that the global community needs to address in the most urgent manner.