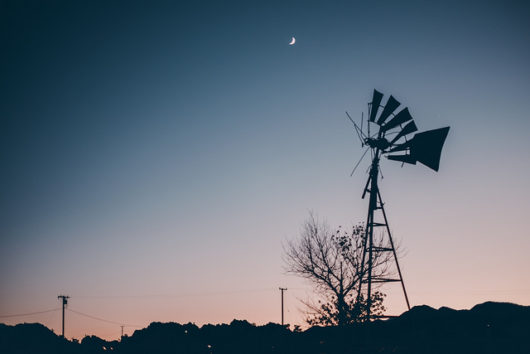 Energy poverty continues to be one of the most pressing matters facing our world today. The International Energy Agency estimates that 1.3 billion people still have no access to any kind of energy and another 1 billion have access, but it is unreliable. Luckily, there are organizations all around the world that are mobilizing time and money to attempt to cut these numbers down and provide energy to all. One such organization is the World Bank.

About the World Bank

The World Bank was founded in 1994 in Washington D.C. It is a global initiative that helps fund projects worldwide to end poverty. It is not a bank in the traditional sense, but rather a partnership to help reduce poverty and support development. It is comprised of five organizations:

These institutions are located all around the world and are run as separate entities, but they are all united under one organization. With the knowledge and resources of these five organizations, the World Bank is able to offer help in the form of money, but also in the form of technical know-how, policy advice and research analysis.

An estimated 2 billion people were able to gain access to electricity between 1990 and 2008. However, along with those statistics, there remain more than 2.7 billion people lacking access to modern fuels for cooking, leaving them to prepare their meals over open fires, having dangerous repercussions on their health and the environment. In fact, it is believed that these pollutants cause millions of premature deaths each year with most of the deaths occurring before even reaching adulthood.

To prevent issues like these that stem from energy poverty, the World Bank has allocated $1 billion to an initiative involving battery storage in order to “ramp up” the use of renewable energy in countries where energy poverty strikes hardest, with the hope that this money will bring in even more funds to help this cause.

In a press release last month, World Bank president Jim Yong Kim said “For developing countries, this can be a game changer. Battery storage can help countries leapfrog to the next generation of power generation technology, expand energy access, and set the stage for much cleaner, more stable, energy systems.” This project will help mitigate the risk involved in technological advancements surrounding energy and battery initiatives in developing countries and educate those countries on what moves to make in terms of bringing energy to its citizens.

The Borgen Project was able to conduct an interview with Anita Rozowska, the communications officer for the Energy and Extractives division of the World Bank. During an interview, she gave a synopsis of these plans. Rozowska echoes President Kim, “This is truly a game changer for developing countries” adding that it “will have a positive impact on the climate.” This truly is a large step, not just for developing countries but for the world at large. If we can provide energy to energy-starved countries while also having it be eco-friendly, this is when we can truly say that we are making a difference, and the World Bank hopes to do just that.

Rozowska then explained the financing. “The World Bank will be raising another $1 billion in concessional climate financing, and we expect to mobilize, over the next 5-6 years, a further $3 billion in private investments and public funds to support this.” This is an addition to the initial $1 billion that World Bank was able to raise for its battery storage initiative. That is a grand total of $5 billion that will be raised in order to combat world energy poverty and the impact will be on a global scale.

It is important to note that this is not just a singular project in one or two countries; this initiative will help to bolster battery storage and increase energy access for people in Africa, South Asia and island nations in the Pacific. The World Bank is already responsible for 15 percent of battery storage initiatives in these areas.

And the future is bright. Rozowska concluded by adding, “By 2025, we expect that this new program will have financed 17.5-gigawatt hours of battery storage – more than triple the current installed capacity in all developing countries.” This means that by 2025, these nations will have triple the amount of energy potential for their citizens, which will put a huge dent in the issue of energy poverty. This truly is, a game-changer.