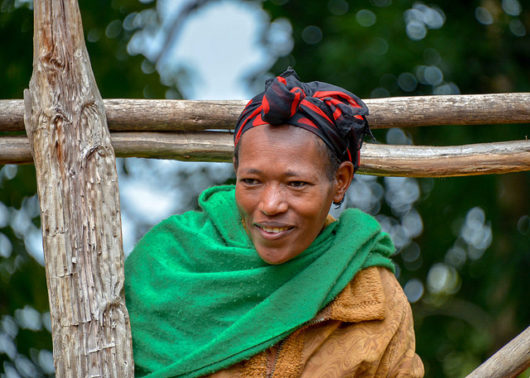 In a move atypical of his political alignment with the Ethiopian People’s Revolutionary Democratic Front (EPRDF), Prime Minister Abiy Ahmed announced in June 2018 that the government will begin procedures to implement privatization in Ethiopia of various state-owned enterprises (SOEs) in telecommunications, energy and transportation.

Already one of the fastest growing economies in the world, Ethiopia hopes to continue this trend by selling shares in some of the country’s most profitable and promising industries. In this announcement, Ahmed proposed that privatization of these booming enterprises will aim to increase foreign direct investment (FDI), lessen the unemployment rate and reduce poverty.

While Ahmed has only been in office since April of 2018, his vows to reform Ethiopia economically and socially have surprised many. Since their coming to power in 1991, the EPRDF’s has had a history of complete state-ownership of the majority of the industry. The state, however, will remain in control of the majority of shares in the industries being opened up to foreign investment.

His promises of calming social tension and revamping the economy have been met with some skepticism, but Ahmed fervently retains that his intentions are to restore Ethiopia to a place of social stability, economic prosperity and peace. Ahmed has even gone as far as to reach out to Ethiopia’s long-term enemy, Eritrea, to find common ground.

Although the government has yet to release detailed plans as to how they intend to implement privatization in Ethiopia, they have been working with consulting agencies abroad such as PwC and McKinsey to determine a practical and sustainable way to carry out an economic overhaul of such magnitude.

Among the SOEs the government plans to privatize, the introduction of Ethiopian Airlines to the private sector, in particular, represents a key component in Ahmed’s economic plan; Ethiopia will experience a shift from an agrarian society to a modern, competitive, industrial society. As the country’s national flag carrier and a symbol of state pride, Ethiopian Airlines has garnered an intake of hard currency (currency unlikely to be affected by inflation) three times that of coffee, a long-standing staple of Ethiopia’s economy.

The privatization of Ethiopian Airlines also indicates Ahmed’s desire to transform Ethiopia into a major air travel hub, similar to Emirates’ position in the United Arab Emirates. This will serve as a way to bring in foreign investors and to present Ethiopia as a modern contender in the world economy. By selling shares of Ethiopian Airlines and other rapidly-growing SOEs such as Ethio Telecom, Ethiopian Electric Power and Railway Corporation, Ahmed hopes to draw foreign investment since Ethiopia has experienced an alarming shortage of foreign exchange in recent years.

While privatization in Ethiopia is sure to be a slow transition, and the government will most likely remain majority shareholders in the enterprises they are selling, the country appears to be heading in a positive direction. Between 2004 and 2014, Ethiopia averaged annual economic growth of 10.9 percent and is projected to grow another 8.7 percent in the next two years.

With a goal of reaching lower-middle income national status by 2025 and a government promising major social and economic reform, Ethiopia has established itself as a nation in the midst of a true revival. Hopefully, Ahmed’s plan of privatization in Ethiopia will prove to be a positive step for the country’s future economic growth.