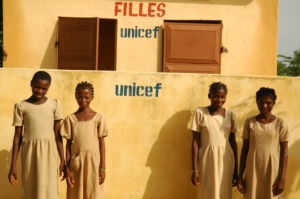 In 2006, Esquire magazine’s advertising executive, David Droga, created a newfound ad campaign that would spark positive social change: the UNICEF Tap Project. The goal of the UNICEF Tap Project was to inspire regular individuals to supply UNICEF water. This is a subset of the UNICEF foundation that provides water, sanitation and hygiene services to disadvantaged children and adolescents. The project launched in 2007 and began as a physical campaign in collaboration with New York City restaurants. There, those dining would donate $1 to receive the tap water that they normally would receive for free. By 2008, the project became a massive success, as several thousand restaurants became involved.

As the Tap Project continued, UNICEF leaders wanted ordinary people to understand what it is like for individuals in developing countries to only have access to dirty water. In addition, UNICEF created a vending machine, where you can pay $1 and push to have a bottle of dirty water come out. The buttons on the vending machine are the names of different diseases that people in countries that lack clean water are exposed to. For example, including typhoid fever, dengue and hepatitis. Moreover, in an advertisement for the Tap Project that shows footage of New York participants, UNICEF notes that nobody drank the water. However, many donated to the cause.

Soon, the campaign morphed into a website. This website asked participants to give up their phones, as a symbol of an unnecessary but desired item. In return, the participants can give another person something that they desperately needed: water. In 2014, the Tap Project launched this web app. For as long as participants did not use their mobile devices, UNICEF would donate water to those in need. The project took off and was sponsored by generous donations from companies like Giorgino Armani Fragrances and S’well Bottles. To amplify this campaign, celebrities and YouTube moguls like Bethany Mota began to promote it through their platforms. Through the UNICEF Tap Project challenges, every minute counts that the participants do not touch their phones. For instance, if participants did not touch their cell phone for 30 minutes, they would donate 11 water purification tablets.

The UNICEF Tap Project mobilized thousands of individuals to give up their phones to give others access to clean water. After participating, users could share the page with friends and family, or they could chip in a donation of their own. Although the UNICEF Tap Project ceased after a decade, the project’s efforts contributed to a dramatic decrease in the number of children dying from waterborne illnesses. For example, the numbers reduced from 4,000 a day in 2006 to 1,000 a day in 2015. All in all, the UNICEF Tap Project directly aided almost half a million people and raised over $6 million.

What Can People Do to Help?

The Use of International COVID-19 Relief to Date21 Day Lockdown: Affects on India’s Workforce
Scroll to top