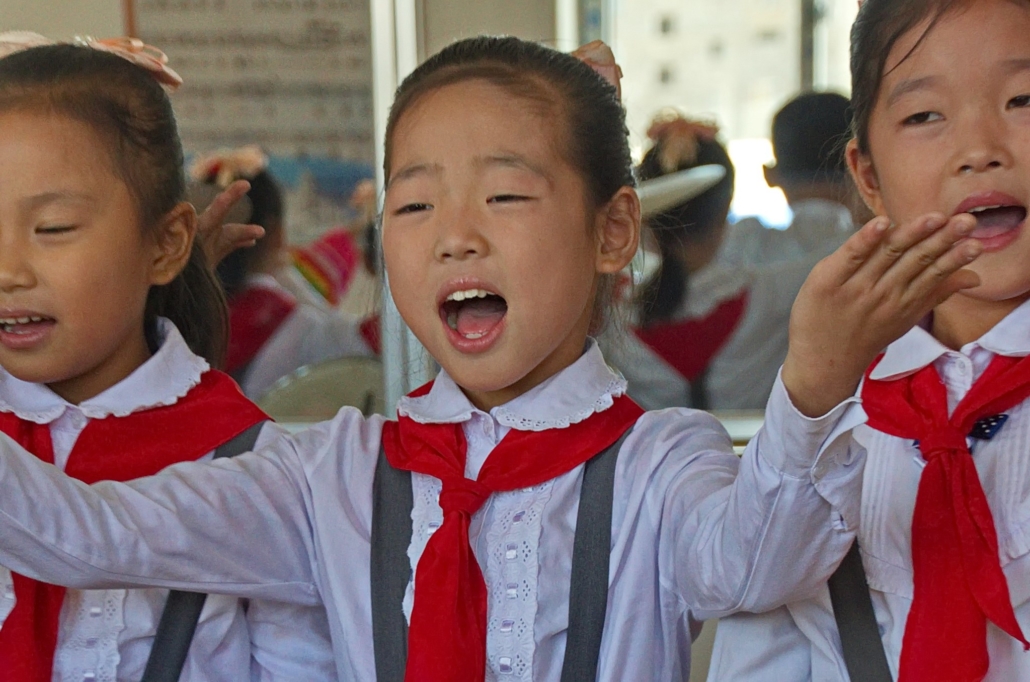 Hunger in North Korea is a well-known issue. While the picturesque depiction of the country’s capital city Pyongyang might show the improved food conditions of North Korea’s elites, food shortages still loom over the poor, rural populace. Multiple factors such as North Korea’s climate and governmental mismanagement contribute to the state of hunger in North Korea. The famine of 1990, for example, is one of the most well-documented famines in North Korea’s history.

The Causes of Food Shortages in North Korea

Just like many other aspects of North Korean life, the central government distributes the country’s food. In 2017, the U.N. estimated that 17.5 million, or 71.5 percent of the population, relied on the North Korean government’s pubic distribution of food for their family. The Food Procurement and Distribution Authority of the North Korean government sets average monthly rations for the upcoming month. According to this recommendation, the North Korean authorities review food availability in the country, and after this, they make decisions on whether the country needs to import food. However, recent statistics suggest that food rationing became more challenging between 2018 and 2019. Compared to the average of 1,529 kcal per day rations in 2018, an average North Korean family received 1,393 kcal per day in 2019.

The North Korean famine of the mid-1990s demonstrates the extensive damage food insecurity can have on a country’s population. North Korea suffered a major famine due to multiple factors including the fall of the Soviet Union, over-fertilization of farmland, multiple natural disasters and mismanagement of the food distribution system. Some researchers estimate that 600,000 to 1 million people died because of this famine. At the time, this was at least 2.3 percent of the North Korean population.

People know the children who grew up during this time as the Lost Generation. These children suffered from growth defects such as stunting, wasting and malnutrition due to the state of hunger in North Korea at that time. In September and October 1998, a joint survey that UNICEF and the World Food Program (WFP) conducted found that 62.3 percent of 1,762 North Korean children experienced stunting. However, the surveyors cautioned that they did not randomly select the children they surveyed.

The impact and continuation of the great famine still shadow over North Korea. In 2019, WFP and the Food and Agriculture Organization (FAO) estimated that 10.1 million people in North Korea are either food insecure or in urgent need of food assistance. The same report pointed to multiple factors such as international sanctions, environmental conditions and governmental mismanagement as roots of hunger in North Korea. Historically, the North Korean government responded to the agricultural shortage by importing most of its food from other communist countries such as the Soviet Union and China. However, the Soviet Union and many other previously communist countries adopted the market economy. As a result, this made it much harder for North Korea to rely on the previous socialist-style barter system which supplied much of its food production and raw materials for its industry.

A Solution to Alleviate Hunger in North Korea

Many skeptics of the food aid to North Korea believe that much of the past aid only fed North Korean leaders and the country’s military. David Beasley, the executive director of the World Food Program, still asked the international community to support food aid to North Korea. Beasley said in an interview with the Guardian that “the concerns have been about not helping the regime. We make the case: don’t let innocent children suffer because of politics.” Beasley’s statement highlights the moral conundrum that many aid providers face when sending food aid to North Korea. However, the question of accountability is not something that one can ignore. In 2019, a North Korean farmer testified that she and her family did not receive or benefit from the food throughout the years.