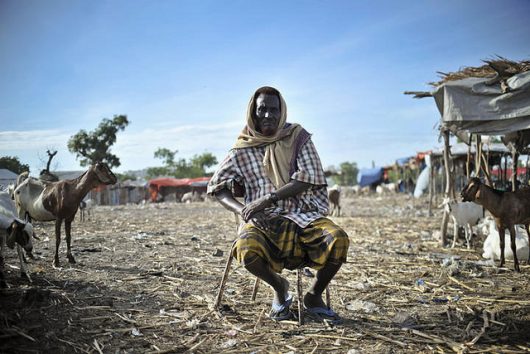 As demonstrated in How We Made it in Africa, the mention of the Somalia’s capital city Mogadishu, alluded to images of ruin and destruction due to the World War II aftermath. In 1991, the country’s longtime military leader, Mohamed Siad Barre was overthrown, triggering a constant struggle over the control of Mogadishu for years to come.

The once beautiful city, filled with wide boulevards and Italianate colonial architecture had become divided among rival warlords. Government-built schools and hospitals became prime targets for looters bent on destroying all remaining vestiges of Siad Barre’s 22-year rule. For a long period of time, chaos and crime thrived in one of Africa’s most cherished cities.

However, when the militants were pulled out of the city in 2011, the reconstruction of Mogadishu began. According to the New York Times, the hammering sound of machine guns has now been replaced with the sound of construction demonstrating that the recovery of Mogadishu is well underway. New hospitals, homes, shops, hotels and bars are being built and life has emerged from the once decrepit city.

BBC acknowledges a wave of reconstruction, which is being led by Somali expats who have come back to invest in their homeland. Foreign investors are also providing capital toward the recovery of Mogadishu.

Mohamed Yusuf, director of Madina Hospital told  How We Made it in Africa that the city is like “a patient who was in a deep coma, and then suddenly he moves his fingers and opens his eyes. Now he is moving his limbs and unfolding his legs.”

Consequently, the outside world has noticed. In a recent survey of the world’s fastest-growing cities with a population of at least 1 million, the U.S.-based consulting firm Demographia ranked Mogadishu second on the list. Demographia estimated Mogadishu’s annual growth rate at 6.9 percent, due to the return of Somalis who have come home to explore investment opportunities following improvements in the city.

In Mogadishu, the central business district is once again a beehive of commercial activity. Somali singers just held their first concert in more than two decades at the National Theater, which formerly served as a weapons depot and a national lavatory.

Mogadishu has a bright and thriving future in the context of culture, enterprise and new markets.