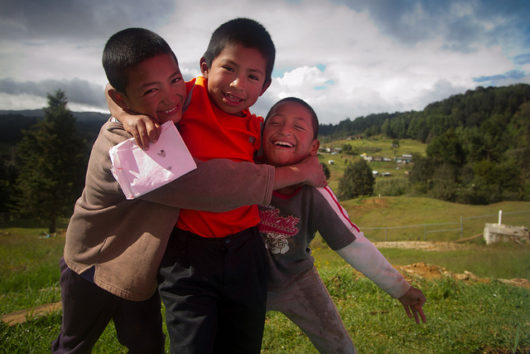 Mexico City is facing a water crisis, with one in five citizens lacking access to reliable tap water. Many people only receive water once a week from a truck they must pay to deliver the water to the designated area and even then they have to wait in line for hours, sometimes overnight, out of fear the truck will run out of the water.

The poorest areas are not serviced by these expensive trucks and individuals must walk long distances to get water for their families. Mexico City’s water crisis is worsening as temperatures increase, droughts get longer and more frequent, aquifer water levels continue to drop and a lack of funds prevents solutions from being implemented.

However, while many people in the city lack clean water, the city also has a problem with floodings. This represents the paradox of water crisis in Mexico.

Water Sources in the City

A significant portion of the city’s water comes from underground aquifers. Water-impervious surfaces such as concrete and asphalt prevent water from filtering through the ground to the depleted aquifers. Mexico City continues to draw water from this finite resource while increased development inhibits rainwater from replenishing the water level, raising concerns about the future availability of water.

Because local water sources are insufficient to supply Mexico City’s large population of 21 million, about 40 percent of water is brought into the city from remote locations. There are over 8,000 miles of pipes designed to transport this water. Forty percent of the water that needs to be supplied is lost as a result of leaking pipes or theft. Even with these supplementary water sources, Mexico City struggles to consistently supply all its citizens with tap water. This problem is exacerbated by a lack of infrastructure designed at capturing rainwater and recycling waste water.

The Paradox of Water Crisis in Mexico

The paradox of Mexico City’s water crisis is that the same population facing a water shortage is also plagued with periodic flooding. Situated 1.5 miles above the sea level, the city was originally settled by the Aztecs in the 14th century on an island in the middle of a system of lakes. As the population grew, some of these lakes were filled, and eventually, the Aztecs were conquered by the Spanish and any remaining lakes were drained.

In addition, as the aquifers are depleted to supply the city with water, the ground compresses and the city sinks up to nine inches a year in some regions. This combination makes Mexico City prone to flooding during summer storms.

In order to address this problem, multiple projects have been proposed. Parks have been designed in key areas to allow rainwater to seep into the ground and replenish the aquifer while minimizing flood risk. Other efforts focus on reducing the impact of development and improving wastewater management to increase local water availability. For example, some roadways built on top of what used to be river beds have been altered to incorporate linear parks aimed at treating runoff.

Sustainable projects like these are increasingly common as the future of water availability becomes a greater concern. However, to truly address Mexico City’s water crisis the government will have to significantly invest in new infrastructure aimed at collecting rainwater and recycling waste water. Relying on a depleted aquifer and water imported from remote sources is not a long-term solution and locals will continue to suffer the paradox of water crisis in Mexico, the situation in which they lack access to reliable water sources while also being at risk of debilitating floods.

Anganwadi Workers in IndiaMedical Tourism in India
Scroll to top