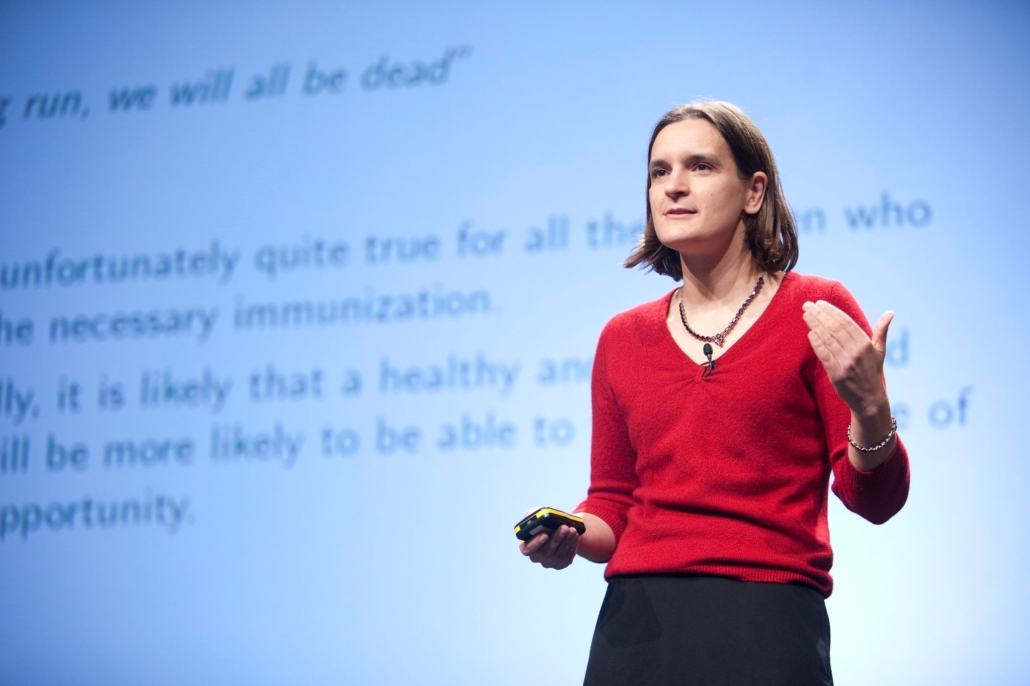 The Nobel Prize is an international award that many people recognize and shares its name with Alfred Nobel, innovator and inventor of dynamite, among other things. Somewhat ironically, the Peace Prize given in his name holds the most prestige of nearly any accolade an individual can receive in his or her lifetime, but only constitutes one of the fields in which the committee can award a Nobel Prize. The others, physics, chemistry, medicine, literature and economic sciences, celebrate specific advancements or landmarks in their respective disciplines. The Nobel Prize and anti-poverty efforts have more in common than one might think. The Nobel Memorial Prize in Economic Sciences emerged in 1968, making it the newest of the prizes, but nonetheless important. The 2019 edition went to a trio of Boston, Massachusetts-based economists, two from the Massachusetts Institute of Technology and one from Harvard University, two highly acclaimed and respected academic institutions with cutting edge research capabilities in multiple fields. Abhijit Banerjee, Esther Duflo and Michael Kremer deservingly received the Nobel Memorial Prize in Economic Sciences for their experimental approach in alleviating global poverty, closely tying the 2019 Nobel Prize and anti-poverty efforts.

Banerjee, Duflo and Kremer form past and present leadership of the Abdul Latif Jameel Poverty Action Lab (J-PAL), a global research center with the goal of reducing poverty by advocating policy formation on the basis of scientific evidence. Beginning in 2003, J-PAL works with governments and non-government organizations to identify and carry out interventions where its data analysis deems them most effective. Using randomized control trials (RCTs) similar to ones used in medical fields as the core of its evaluation, its methods have become widely accepted by the global economic policy community. Over the course of the last 20 years, J-PAL linked 986 randomized evaluations across its affiliates in 83 countries to understand if interventions work or not and allow the numerous social sector organizations who use them to adjust policies and practices accordingly. These interventions focus on a wide variety of issues, such as education deficiency and child health. Its studies can have a profound impact, as over five million Indian children received tutoring as a result of one of the studies, the foundation of its Nobel Prize and anti-poverty efforts.

The Royal Swedish Academy of Sciences attributes its efforts as integral to the evolution of development economics into a flourishing field. The academy, which annually awards each prize, notably made Duflo the youngest economic laureate in its history and only the second woman to receive the prize, making 2020’s Nobel Prize and anti-poverty efforts that much more significant. Just as a landmark, the committee deemed J-PAL’s focus on real-world solutions with economic applications extraordinary, whereas previous awards in the field of Economic Sciences boasted theoretical achievements. Rather than focusing on improving the developing world as a whole through economic theory or answers to macroeconomic questions, J-PAL addresses need at a localized level and introduces practical solutions to tangible problems. Beyond the tutoring in India example, J-PAL tested how eradicating parasitic worms affected school attendance among children, the placement of additional teachers in a classroom or monitoring teachers’ attendance with cameras, how access to bank or microfinance loans can improve living standards and even how voting behavior varies depending on specific appeals made by candidates in an election campaign.

J-PAL vs the World

However, despite objective advancements based on RCTs, people should not view them as unmitigated successes, argues Sanjay Reddy of Foreign Policy Magazine. He notes that these Randomized Control Trials promised to assess whether people benefitted from a change in circumstances simply because they had the motivation or better positioning to fare better from it. In reality, he says, one cannot tell whether these projects or initiatives worked because people took advantage of them or because they just work, though the link between these recipients of the 2019 Nobel Prize and anti-poverty efforts is undeniable.

Reddy’s analysis may seem like splitting hairs, especially against the background of the broader perspective J-PAL’s studies bring. Karla Hoff of the Brookings Institute praises the Nobel Prize and anti-poverty efforts that J-PAL has undertaken for a fundamental shift in the culture of development economics and economic as a whole. In addition to directly helping people most in need, the nonprofit challenged deep assumptions about individuals and the decisions they make, questioning the essence of economic development. It altered many things about the field, including the ways, places and kinds of people economists work with.