Last week the U.N. office of the High Commissioner for Refugees ( 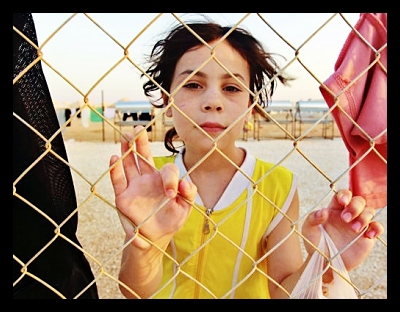 UNHCR) said more than 1.5 million Syrian civilians had fled their country to escape the civil war that had been raging there for almost two years. Dan McNorton, a spokesman for the UNHCR, said the actual number of refugees is probably much higher due to concerns some Syrians have regarding registration. In addition, approximately 4 million people have been internally displaced since the beginning of the conflict. So what does this mean for the Syrian people who are now refugees? What can be expected in the life of a refugee?

The UNHCR defines a refugee as a person who,

owing to a well-founded fear of being persecuted for reasons of race, religion, nationality, membership of a particular social group or political opinion, is outside the country of his nationality, and is unable to, or owing to such fear, is unwilling to avail himself of the protection of that country.

Like the Syrian refugees, many are often caught between a rock and a hard place. If they stay, they put themselves and their families in serious danger. If they flee, instability and uncertainty greet them at every turn. The UNHCR was created in 1950 to lead and coordinates international efforts to protect and assist people facing this difficult decision.  They protect the basic human rights of refugees and aim to ensure all refugees are given the opportunity to seek asylum in another country.

The starting point for many is often a UN refugee camp, intended to create a safe haven until they can begin their lives anew. Unfortunately, it is all too often the end of the road as well. Those who live in the camps are usually provided basic life sustaining necessities, but many will never leave. They become trapped in a state of dependence on these camps.

Currently, the largest and oldest camp (designed to house around 90,000 people) is home to almost half a million people, mostly from Somalia. It was intended to be a temporary solution for the influx of refugees from Somalia when the country descended into civil war more than 20 years ago, but the remoteness of its eastern Kenyan location and threats to security have prevented the UNHCR from further developing the camp for those who have permanently settled there. Education and sanitation is limited and the camp is extremely overcrowded.

The Syrian refugees have fled mostly to the neighboring countries of Jordan and Lebanon. Just last week Oxfam issued an urgent appeal for funds to assist those who are fleeing the conflict. Rick Bauer, the regional humanitarian coordinator for Oxfam said, “The sad reality is that the vast majority of Syrian refugees are not going home soon. He added that Oxfam is “starting to really worry about the health of Syrian refugees”.

“The aid effort must be properly funded and focused on providing refugees with affordable and decent places to stay, where they can live with dignity. That’s priority number one for refugees and host communities alike,” he said.

Priority number one indeed. But for the sake of Syrians who find themselves in a refugee camp, we hope they do not stay long.