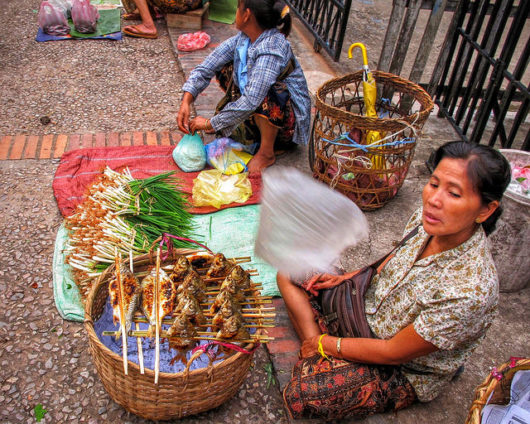 If the world hopes to succeed in accomplishing the U.N. Sustainable Development Goals by 2030, people in power should listen to those who have successfully strengthened communities by putting the locals first. The Community-Led Development Movement (CLD Movement) advocates for allowing communities to decide their growth: “We believe that every human person has a fundamental right to voice in the decisions that affect their lives, and to equal and affordable access to the fundamental public services through which they can achieve their full potential.”

This statement sums up the way many people who work for the CLD movement or other NGOs feel towards community-first building. The group works towards the following goals: voice and agency for marginalized groups, adequate community finance, good local governance, quality public services and eventual self-resilience.

The following cases are examples of the impact of community-led development and how it has helped jumpstart new growth in communities.

Mercy Corps in Iraq and Afghanistan

The non-governmental organization (NGO) group Mercy Corps developed the research program, Learning for Effective Aid Policy and Practice (LEAPP) in Iraq and Afghanistan. The goal of LEAPP was to implement community-led projects that bring the community and its leaders together in a positive fashion. Through this action, Mercy Corps hoped to create stability and trust between the community and its leaders as well.

On top of these accomplishments, the program also invested in citizens which then led to increased incentives in them to continue to better their communities. Through educating communities on how the future could improve after working with NGOs and community leaders, the Afghan communities’ optimism increased from 14 percent to 65 percent. In fact, the level of satisfaction of new infrastructure ranged from mid-fifties to mid-seventies.

On top of these facts, the jobs increased by 26 percent, satisfication with job growth grew to 40 percent and acessibility to education increased by 43 percent. The LEAPP program in Afghanistan and Iraq strived to give assistance beyond military intervention — the common adi protocol of the past.

Bangladesh has seen some of the best operations of community-first building. Several NGOs have worked with low income communities across the country to bring the nation better food, nutrients, jobs and opportunities for education. With NGOs like Grameen Danone, BRAC and the Poverty Eradication Program, several communities have felt a rise in income, confidence and optimism. A more specific inquiry into NGOs focusing on Bangladesh’s communities follows the work of Concern Bangladesh.

Concern Bangladesh is a subsector of Concern Worldwide and in 2017, the NGO responded to Cyclone Mora as well as the influx of 700,000 Rohingya refugees from Myanmar. The organization combatted poverty by improving livelihoods, increasing access to basic rights and giving entitlements to the lowest-income communities. Concern Bangladesh worked to improve slums, provide homes for squatters and integrated multisector services to over 10,000 people in 2017.

The group did a specific project on the Char region of Bangladesh between 2012 and 2016. The report claims that over 120,000 people directly or indirectly benefitted from the work done in the region by Concern Bangladesh. People in the Char community worked with Concern Bangladesh, which not only provided themselves with jobs, but also helped create jobs for others in the community.

After researching and reporting on the impact of community-led development in different countries around the world, John Conrood from the Huffington Post said, “women and men have a fundamental right to be the authors of their own development, and that right must start in the communities where they live and work.”

Through giving people power over their growth at the ground level, there is more motivation, influence and trust in the rest of the system that then leads to a more stable future for everyone involved.