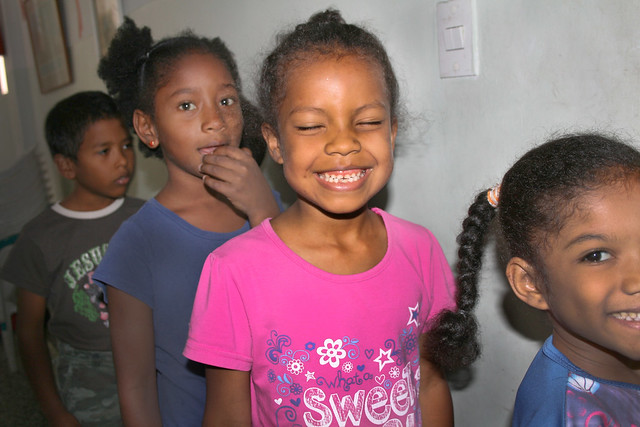 In a nation experiencing an economic crisis, the children of Venezuela are suffering. Poverty is on the rise, including an increase in the malnutrition of children due to limited access to resources. Families fleeing to Peru have traveled quite far. Along the way, many have faced discrimination due to their migrant status. UNICEF and Plan International have developed a strategy for aiding children who are experiencing rapid changes in their home lives. They are helping children in Venezuela find a “Happiness Plan.”

At one time, Venezuela was part of a wealthier portion of Latin America. However, with new officials and underdevelopment, poverty is now abundant. A large number of resources were focused toward developing the oil industry while other developments were delayed. With the newfound prosperity that oil brought, the economic gap grew further and further apart. The consequences of such destitution can be easily seen in the adults and children of Venezuela. Food, medicine, water and other resources are greatly lacking. This leaves people desperately searching for food.

The desperation associated with poverty was significantly increased in March due to a five-day blackout. Resources like food and water were even more scarce than usual. Some resorted to collecting water from sewage pipes. Multitudes of people were left without food. People rushed to stores to find food but discovered that the stores were already stripped. Some stores were even trashed and burnt in the chaos that ensued with riots. The riots were also the cause of several deaths from untreated medical conditions to gunshot wounds. Hospitals operated under less than ideal conditions, with limited access to electricity and supplies, such as soap.

The Effects of This Crisis On Children

In a press release, UNICEF stated, “ While precise figures are unavailable because of very limited official health or nutrition data, there are clear signs that the crisis is limiting children’s access to quality health services, medicines and food.” Statistics about conditions in Venezuela can be hard to come by, and the ones that are available are often disheartening. Malnutrition is becoming a larger issue for the children of Venezuela. While the government has attempted some measures of addressing the problem, such as monthly packages of food for sale, more still needs to be done to provide for the Venezuelan people.

As a result of the continued crisis in Venezuela, many have fled the country. As of 2018, two million people had already left Venezuela; without a doubt, numerous others have left since. For those who are awaiting refugee status or to be reunited with lost family members, UNICEF has created a safe place to help children with this difficult time.

The “Happiness Plan” is a safe space for children that has been set up in a tent in the country of Peru. Filled with games, coloring pages and books, this tent provides an outlet for children to be children while awaiting their official entry into Peru. In addition to the fun activities, the “Happiness Plan” offers psychosocial support from professionals for children struggling with these difficult transitions they are facing.

Some of the children passing through the tent have been separated from their families. They are awaiting the chance to rejoin their families in Peru. Others are with some members of their nuclear family but had to leave the rest of their family and friends behind them in Venezuela. One survey taken by UNICEF and the International Organization for Migration stated that 73 percent of Venezuelan families in Tumbes, Peru, had to leave behind one or more of their children.

In such a dismal time for Venezuela, it is reassuring to know that organizations such as UNICEF and Plan International are implementing programs to help these children who have experienced such abrupt change. They will undoubtedly need physical and psychological support to heal from the trauma they have experienced in their home country.

Top 10 Facts about Living Conditions in South KoreaTackling Plastic Waste in India: A Victory for Mumbai
Scroll to top