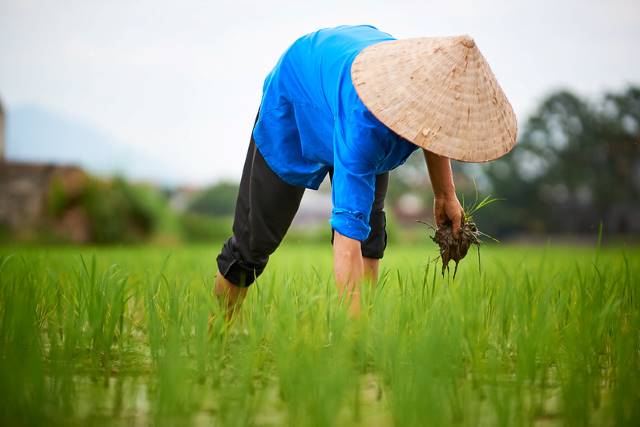 With funding from the Chinese government and the Bill and Melinda Gates Foundation, the Green Super Rice (GSR) project centers around a central resource supporting the lives of many people around the globe: the rice plant. Rice is a staple in many diets worldwide, contributing to the food security of many regions. Furthermore, several countries rely on rice exports to stimulate their economies. According to data, Africa alone consumes around 11.6 million tons of rice annually. In Asia, where approximately 90% of the world’s rice is grown, there are more than 200 million rice farms. Most of these farms are less than five acres in size and are manned by smallholder farmers. Due to its prominence, rice links to food security and stability in the countries relying on the crop for survival.

Predictions indicate that the demand for rice will only increase, leading to a growing need to maximize production. The Green Super Rice project aims to research and test GSR varieties from African and Asian countries. The research will allow developers to attain “resource-saving and environment-friendly rice production while still achieving a yield increase and quality improvement.” Furthermore, farmers will be able to achieve crop resilience through new varieties. Rice grows in a unique, wet environment in which few other crops can survive. This means that the environment is specific and crucial to the rice itself. A hybrid variety may allow for a crop that can survive with little water.

Creating new or hybrid varieties involves combining existing rice varieties through a breeding process. The process inputs the unique traits of each variety into the second generation of rice. Proven traits that show up on previously tested seeds include a “resistance to multiple insects and/or diseases, high use efficiency of fertilizers, water-saving, drought tolerance and stress resistance based on high grain yield and quality.”

An important aspect of the Green Super Rice project is the profit it will bring to impoverished smallholder farmers around the globe. The new varieties of GSR allow farmers to garner a high yield from crops while using fewer rice seeds. This is beneficial for rice-producing farmers with smaller plots of land because farmers can produce more rice to sell and eat. Rice farming becomes more profitable for smallholder farmers, and because of the larger production volume, rice also becomes more affordable for buyers.

Since the launch of the Green Super Rice project in 2008, more than 78 varieties of rice have been successfully bred and distributed to around 18 target countries in Asia and Africa. These countries are able to select varieties that meet their unique agricultural requirements, such as drought resiliency and disease tolerance. When Typhoon Haiyan ravaged the central Philippines, GSR crops stood strong as one of the few crops able to grow in the increased soil salinity. Because of the ability to increase yields and withstand harsh environments, GSR crops are able to increase food security and reduce poverty, especially in developing countries that rely on rice for their economic and nutritional needs.

While only introduced less than 15 years ago, the Green Super Rice project holds many promising benefits for not only the economies of developing countries but also the countries’ citizens. The project is playing a key role in advancing economies and improving food security across the globe.