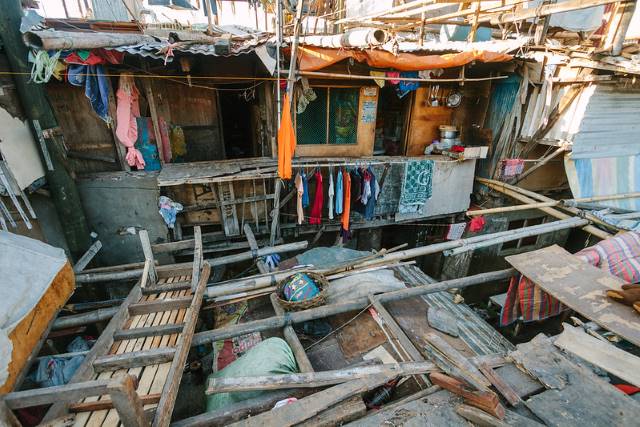 The homeless population in the Philippines is a staggering 4.5 million, representing about 4% of the population. This number is expected to rise to 12 million by 2030 if no action takes place to address the issue. Manila, the capital of the Philippines, is where a significant portion of homeless Filipinos reside. For this reason, activists often center efforts around increasing housing solutions for the Filipinos in Manila. Hope in solving the housing crisis is rising as efforts begin introducing creative solutions to cater to the Philippines’ unique needs.

EarthTech, an innovative development agency focused on sustainability, recognizes the Philippines’ housing problem as a crisis. EarthTech has proposed an affordable, sustainable and efficient solution: modular homes made out of bamboo. Unlike other housing solutions for the Philippines, CUBO Modular, the designer of the homes, prefabricates them off-site. This means that the homes can be put together on-site in just four hours. The engineered bamboo lasts up to 50 years and absorbs carbon rather than produces it. This makes bamboo a durable and environmentally friendly material.

The Philippines has one of the highest household electricity rates in Southeast Asia, often creating a financial burden for low-income houses. Imperial Homes Corporation (IFC) has been tackling this problem through the development of “energy-efficient communities” like Via Verde Homes.

Via Verde houses consume about 25% less water and roughly 40% less energy in contrast to standard housing. IFC also installed solar panels on the roofs of all Via Verde Homes. The solar panels substantially cut down families’ electricity bills, allowing them to afford other essential needs. The IFC continues to work on building low-income, solar-paneled homes in the Metro Manila area. The innovative company has received international attention, winning the ASEAN Business Award for Green Technology in 2017.

The Philippines Archipelago experiences an average of 22 typhoons a year. Normally, five to nine of those typhoons cause serious damage. Typhoon Sisang in 1987 demolished more than 200,000 homes, after which the Department of Social Welfare and Development initiated the Core Shelter Housing Project. The Project teaches the Filipino community how to construct their own weather-resistant homes. The Project has created more than 41,000 low-cost houses for people whose homes have been destroyed by annual typhoons. Each home costs about $300 to build. Construction of the homes focuses on resistance, and when finished, can withstand typhoons up to 180 kph. Furthermore, the shelters are built with locally available materials such as concrete and steel. This makes the shelters one of the most ideal housing solutions for the Philippines.

The Philippines Housing and Urban Coordinating Council, a governmental organization, released a statement addressing the growing homeless population in Manila and other cities in the Philippines. The Council stressed the need for community input regarding housing solutions in the Philippines. Bringing the community into the conversation means leaders can better understand the root problems that affect a particular area.

The Council would focus on long-lasting urban development, meaning permanent housing solutions rather than more temporary and unstable shelters. The statement also addressed the need for increased water and job availability. The Council believes this would holistically solve the Philippines’ housing crisis.

Habitat for Humanity runs a Habitat Young Leaders Build movement that mobilizes youth to speak out in support of homeless communities, build houses and raise funds for housing solutions. Habitat Philippines is advocating the Presidential Proclamations to implement tenure policies for informal settlers who reside in illegal, unused housing, making them vulnerable to losing shelter.

This organization, along with the Department of Human Settlements and Urban Development, is in the process of implementing the New Urban Agenda into the development strategy of the Philippines. This Agenda is a document outlining standards and policies necessary for sustainable urban development. Thus, the implementation of the New Urban Agenda would provide the foundation for permanent housing solutions for the Philippines and other urban programs.

In order to create permanent housing solutions for the Philippines, urban development that includes resources and programs to keep Filipinos out of homelessness and poverty is needed. Housing that is sustainable, resistant to natural disasters and affordable to purchase and maintain will ensure the basic right to shelter for many Filipinos.