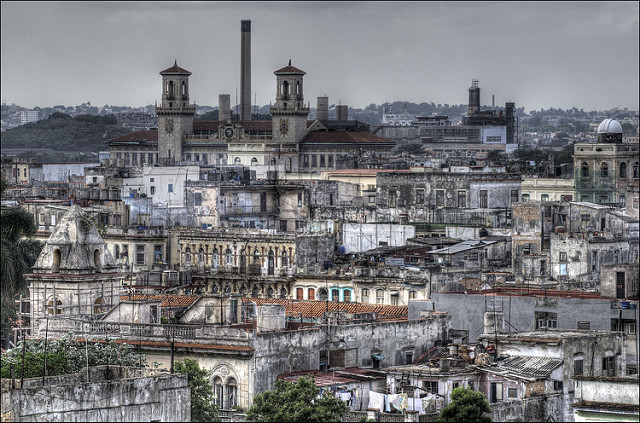 Cuba has always been a land of intrigue. The communist island nation in the Caribbean is at the same time considered to be a tropical paradise and an inaccessible third-world nation with high poverty. Infrastructure in Cuba is infamous for its state of decay and disrepair.

In 1810, Cuba’s capital, Havana, had the same number of residents as New York City and nearly three times the population of Boston. It is home to countless historical colonial buildings as well as Soviet-style architecture built after Fidel Castro took power. In general, many of the buildings, historic or contemporary, are not well-maintained.

One of the constant threats to infrastructure in Cuba is natural disasters, especially hurricanes. Hurricane Irma, a Category 5 storm, devastated Cuba in September. The damage caused by the storm was compounded by the structural unsoundness of many of the buildings in Cuba. Of the 10 fatalities from the storm, seven were in Havana and were caused by unsafe buildings collapsing. Some people have continued living in parts of these buildings even after the storm.

Irma left longer-lasting damage as well. Millions of people were left without power and thousands of hectares of sugarcane, a major Cuban crop, were destroyed.

Tourism has always been a huge part of the Cuban economy, but increased tourism has put a strain on infrastructure in Cuba. The Obama administration eased travel restrictions on U.S. citizens visiting Cuba so that one can now visit the country individually, as opposed to doing so with a tour group. However, both the United States and Cuban governments, as well as the tourism industry, have expressed concerns about the ability of the infrastructure in Cuba to accommodate a large influx of tourists.

There is no doubt that the infrastructure in Cuba needs a major overhaul, but there are some positive points. The easing of restrictions on Cuba during the previous administration indicates a future of increased foreign tourism and business, and the Cuban government has acknowledged this reality.

Ultimately, lifting the U.S. embargo on Cuba would be a positive step, as it prevents the country from joining the IMF and scares away major U.S. banks from doing business in Cuba. It will require major foreign investments for Cuba’s economy to right itself, which in turn will lead to better infrastructure.

The future of the country and infrastructure in Cuba are still in question, but there is no doubt that there is a desire for a bigger foreign presence in Cuba, and with it, major changes. Cuba, once a leader in infrastructure, has good reason to build itself up.