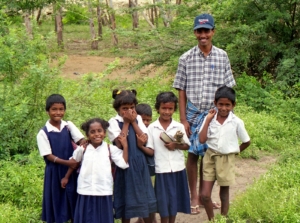 Celebrating India’s 75th anniversary of independence from British governance, Prime Minister Modi announced on August 15, 2022, that the country would be working toward becoming a developed nation within the next 25 years. In addition, he promised to lift millions of Indians out of poverty while cracking down on “corruption and nepotism” within the government. With more than 1.4 billion people in India, accomplishing these tasks is a monumental challenge, but one that Modi believes is achievable for the future of India’s development.

Although there is no single metric that defines a country as developed, ways of assessing development include factors ranging from income per capita to electricity usage. Generally, developed countries will have lower rates of unemployment, higher levels of literacy and industrialization, a diverse economy and high gross national income (GNI). With a GNI of $2,170 in 2021, India holds the status of “lower middle income” according to the World Bank. However, that figure once stood at $440 in 2000, showing a clear upward progression of moving toward the GNI of more developed nations.

India also has a broad network of poverty relief and social welfare programs. One example is the Public Distribution System (PDS), which costs close to 1% of India’s GDP and distributes grain to low-income families, according to the World Bank in 2011. Introduced in 2005, the Mahatma Gandhi National Rural Employment Guarantee Scheme ( MGNREG) aims to provide up to 100 days of paid work per year for impoverished adults in rural areas. Lastly, through the Rashtriya Swasthya Bima Yojana (RSBY) program, India’s impoverished receive health insurance coverage. By 2011, RSBY served more than 70 million Indians, a huge success given the country has very few insurance programs for its labor force.

Unfortunately, India’s development suffers from logistical issues and mismanagement. According to National Sample Survey data from 2004-2005, grain distributed under the PDS reached less than half of the intended recipients. The cause of this problem is “leakage and diversion of grains,” leading experts to suggest cash transfers that directly give families an equivalent value.

Other programs like the MGNREG also struggle with providing benefits, with fewer than 100 days of work being available, particularly in rural areas. Prime Minister Modi addressed these issues during the August 15 celebrations, promising to curb inefficiencies within the government and fight against corruption.

A Vision for India

Modi’s vision for India’s future development also includes achieving “excellence in science and technology” while attaining “food and energy security.” India’s minister of power, R.K. Singh, said on August 5, 2022, that India is ahead of many developed countries in progress toward achieving clean energy.

Furthermore, India’s strong relationship between itself and the United States is touted as a catalyst for growth, with U.S. President Joe Biden stating that the two countries would work together to bring “prosperity and security for our people.”

Transforming India into a developed nation is a massive undertaking, one which will require an incredible mobilization of human and economic resources. With 21.9% of the population living under the national poverty line in 2011, according to the latest available data from the World Bank, substantially reducing this statistic would be a major humanitarian victory. The country’s future 100th anniversary holds massive potential and the opportunity to showcase India’s development.