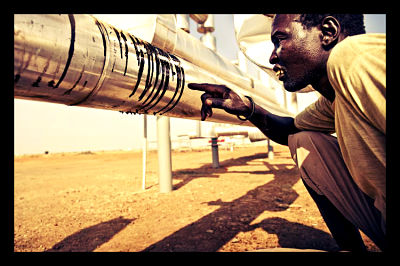 A year ago, Sudan and South Sudan were on the brink of war, but this month a deal between the two countries was finally implemented, allowing production in South Sudan’s main oil field to resume. This region, the Palouge oil field, accounts for 80% of the country’s oil production and has not been operational for 16 months due to disputes regarding the export of the oil.

This resumption of operations marks a significant moment in South Sudan’s brief history. Since its independence two years ago, the nation has suffered dramatic setbacks to its economy. The fledgling nation’s GDP contracted by 52% last year alone, while government revenues from oil-backed loans were cut by 98%. Now, however, with a pipeline deal in place with the north, South Sudan will be able to ramp up production to pre-independence levels.

After the drastic cuts in expenditure necessitated by the cessation of oil production during the last two years, this influx of revenue should significantly boost the country’s economy. South Sudan will have to diversify away from oil as the primary revenue generator over the next few years as reserves disappear, however, for now, the hope remains that oil profits will allow this nascent economy to establish itself. A stable economic platform marks the first steps in allowing the country and its people to grow.

Expanding Contraceptive Accessibility The End of Global Poverty by 2030?
Scroll to top